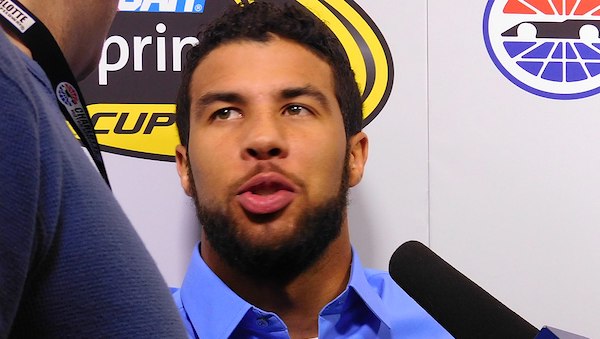 The FBI announced Tuesday it found that the rope described as a "noose" actually was a pull used to lower a garage door at the Talladega Superspeedway, and it had been there for months, meaning there was no hate crime.

"I've been racing all of my life. We've raced out of hundreds of garages that never had garage pulls like that," Wallace said in an interview with CNN.

"So people that want to call it a garage pull and put out all the videos and photos of knots being as their evidence, go ahead, but from the evidence that we have – and I have – it's a straight-up noose."

NASCAR's report of the "noose" prompted protests, and other drivers publicly rallied around Wallace. There were threats from NASCAR that the person who left the "noose" in the garage would be "banned for life."

The frenzy was similar to the reaction to TV actor Jussie Smollett's claim in 2019 of a racially motivated attack. However, evidence surfaced later that he had paid a huge sum to the two "suspects." Smollett was charged with six counts of lying to Chicago police.

Fox News reported the FBI investigation into the NASCAR "noose' found the rope had been there for months, and "there was no way anyone could have known the stall would be assigned to NASCAR driver Bubba Wallace this past week."

Wallace has said he didn't see the rope but was told about it by NASCAR officials.

He said in an interview Tuesday before the FBI's announcement it was frustrating that people were doubting him.

"It doesn’t matter if we provide evidence, photos. It will always be photoshopped. I will always have haters," he said.

WSB-TV in Atlanta reported Wallace said: "I'm mad because people are trying to test my character and the person that I am and my integrity. You won't break me. You won't tear me down."

Later Wednesday, Wallace went to social media to add to his comments.

"It’s been an emotional few days," he said. "First off, I want to say how relieved I am that the investigation revealed that this wasn’t what we feared it was. I want to thank my team, NASCAR and the FBI for acting swiftly and treating this as a real threat. I think we’ll gladly take a little embarrassment over what the alternatives could have been."

NASCAR released a statement after the FBI finding saying the organization was "thankful this was not an intentional, racist act against Bubba."

CNN reported an FBI spokesman said, "It's my understanding that the rope was fashioned into a noose knot and used as a door pull."

One Twitter user posted a comment on the NASCAR announcement with photo evidence: "No way anyone would do that with all the security cameras and people with camera phones all around. They would be fired and canceled immediately."