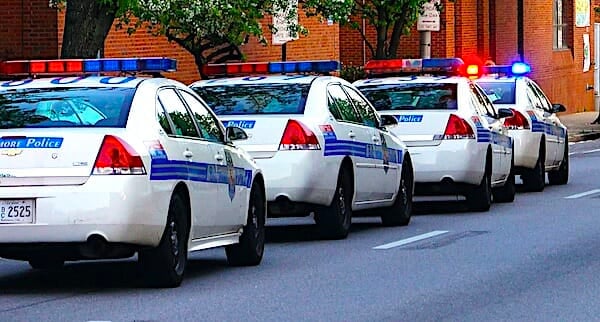 "Defund police" is perhaps the most radical idea to arise from the riots and protests over the death of George Floyd at the hands of Minneapolis police.

A majority of the Minneapolis City Council have pledged to disband the local police department and replace it with a new public safety model. Other cities are toying with various proposals.

Country rock superstar Charlie Daniels said in his Soap Box commentary that's a bad idea unless you "want to have an armed escort to go to the grocery store."

He said the idea "doesn't seem so far afield" if "you can adopt the attitude that the occupation of whole sections of cities, toppling statues, inhibiting public access and egress, setting fires to building and polices cars, and such, is a Summer of love."

Most people, he said, are smarter than that.

Mainly because they don't want to live "in Beirut amongst the heavily armed lawless factions who value human life at about one center per person."

Tragically, he said, the people who are represented as wanting to get rid of police are the ones who would suffer the most, those in the poorest neighborhoods.

"The very concept is so impractical and ridiculous, it’s amazing that, even considering the deplorable condition of politics and media, it ever gained any traction in the first place," he said. "If someone steals your car, who do you call? If someone is at your front door with a gun and a sledgehammer who do you contact? If there is a missing person do you call the local chapter of Antifa? When there is a wreck who will come and clear up the snarled traffic?"

He wondered who would help "if a bunch of people decide they like your house and just move in and threaten your family if you don’t leave."

He said anarchy is inevitable, and Americans would find themselves in a "modern-day Afghanistan, ruled by warlords."

Daniels said there are several different factions pushing the violence in America.

"The political faction who believe if they can only make things appear bad enough they’ll be able to defeat Donald Trump in November. The globalization cadre who know that as long as America remains the land of the free and the home of the brave, globalism is dead. This faction is extremely well funded by the ultra-rich."

There are socialists, communists and "behind the scenes puppet masters who want to destroy our history and re-route our future."

Then there's the "mind-washed kids who have had their mental processes warped by some revolutionist college professor who regards Alinsky and Karl Marx as prophets."

Finally, there's the young lady who was recently asked if she believed a statue of Winston Churchill in London should be removed and replied, "I haven’t personally met him."