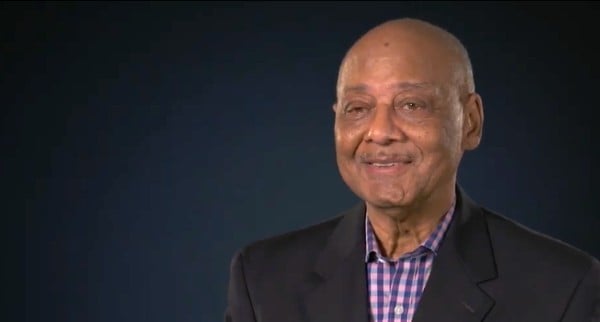 Civil-rights era activist Bob Woodson drew attention this week for countering the media-affirmed narrative that America is plagued by intractable "systemic" and "institutional" racism, insisting the terms are abused by left-leaning politicians and black activists shifting blame for their failures over the past five decades.

But what is the way forward? What can Americans who agree with his diagnosis do to be part of solutions?

For one, it's a source of information, providing a forum for voices such as scholar Shelby Steele to counter the narrative of the New York Times "1619 Project," which is mandatory curriculum in many schools across the nation.

Woodson's "1776" initiative offers an alternative, assembling "independent voices who uphold our country’s authentic founding virtues and values and challenge those who assert America is forever defined by its past failures, such as slavery."

He said in an interview Thursday with Eric Metaxas that the Times project is deceiving young people into believing that America "is incurably racist and that capitalism is to be despised because it's crippling and oppressing the people."

"There are all kinds of examples that challenge the notion on the other side that somehow the problems facing black America today are related directly to the legacy of slavery and Jim Crow," he said.

Woodson said that for "those of us who believe in the values of this nation, our pushback cannot be just writing papers or complaining about what they are doing."

"We must get on the ground. We must invest in those neighborhood leaders who are fighting to protect their communities, the small ethnic enclaves that are building businesses," he told Metaxes.

His Woodson Center does that in neighborhoods across the nation.

The group has "identified and helped to strengthen the efforts of more than 2,881 neighborhood leaders in 40 states who are tackling issues ranging from homelessness, addiction, to joblessness, youth violence and the need for education and training."

He pointed out Hollywood figures and major corporations have contributed to funds to bail out looters and rioters.

"There has to be a counter-investment, because right now people of good will are insurgents," he said, smiling as he emphasized the last word.

"We need to be funding people who are rebuilding and restoring and redeeming themselves and their communities," Woodson said.

Another civil-rights era leader, Rev. Bill Owens, shares Woodson's view that racial tensions have not improved in America because the true civil rights movement has been "hijacked" by politicians "of all races" who are using black Americans as "a pathway to power."

Owens, the president of the Coalition of African American Pastors, recalled Friday that as a college student he said, "If only we had a black mayor, (or black congressman or governor), things would be different."

"Decades later, we've seen black men and women at all levels of power — even a black president — but racial tensions haven’t improved," he said.

Shelby Steele, a scholar at Stanford University's Hoover Institution, said in an interview Friday with Fox News' Bret Baier that amid the protests of the death of George Floyd, he isn't hearing any real solutions.

Baier asked Steele to comment on Rev. Al Sharpton's charge during a Floyd memorial service earlier Friday that systemic racism is the problem.

Steele said Sharpton is a "master of this old form of politics that comes out of the '60s where we as blacks cry victimization and demand the larger society give us things of some kind or another."

"I will take Al Sharpton seriously -- and I know him, he's a nice person -- I will take his message here seriously when he stands before a congregation like that, of black people in America over a tragic event, and says what black Americans can do to get out of the situation we are in."

No one is asking, from the president on down, he said, why black America is so dependent on the government.

Steele described America today as a "wealthy, liberal, bend-over-backwards, deferential nation," which actually has "hurt us terms of moving out of the 400 years of oppression that we were subjected to."

He wants to hear Sharpton and others talk about the devastation the "Great Society" initiative of the 1960s and subsequent welfare programs have caused black families, noting 75% of blacks in America are born out of wedlock.

"You can have the police go to as many sensitivity training classes as you want," he said, "but it's not going to read a story to a child at night before he goes to sleep so he's developing his mind and is getting ready to go to school and be serious about academic and educational development."

Steele pointed out that more than 50 years after the Civil Rights Act, blacks in America are worse off in many socio-economic categories.

He blames "the liberalism that came in and really took over out fate."

"White America in many ways did that, and they needed it for their own reasons," he said, explaining "white Americans live under this accusation that they are racist."

'The promise it holds for the future'

On the "1776" website, Woodson explains in a video that the mission of his education project is "not to engage in a debate with the other side, but to offer an aspirational and an inspirational alternative narrative" that regards slavery as "America's birth defect."

"And no one, or a nation, should be defined by what it used to be in the past, but the promise it holds for the future," he says.

Woodson contends "race grievance really is an exemption from personal responsibility and 1619 is the culmination of that."

"Nothing is more lethal than to convey to people that they have an exemption to personal responsibility," he says.

His project explores the history of American and finds that those "who achieved against the odds, those who are resilient."

He points out there were 20 former slaves who died millionaires, and "we need to know who they are."

"We have people who have built whole towns, they've established all kinds of institutions; we really need to know that history," he says.

"But there are contemporary examples of grassroots leaders who are mimicking those life-affirming values."

"1776" is a gathering place for those "who are in the trenches, and in the suites and in the streets."

See Woodson's explanation of the "1776" project:

"We are filling in that knowledge gap so that Americans can understand that slavery and discrimination never permanently scarred black Americans. Nor can we attribute the failures and chaos we have today to that legacy," Woodson told Metaxas on Thursday.

"That's an important narrative that we must address, because America, with all of its faults, what defines it is the beauty of its promise," he said.