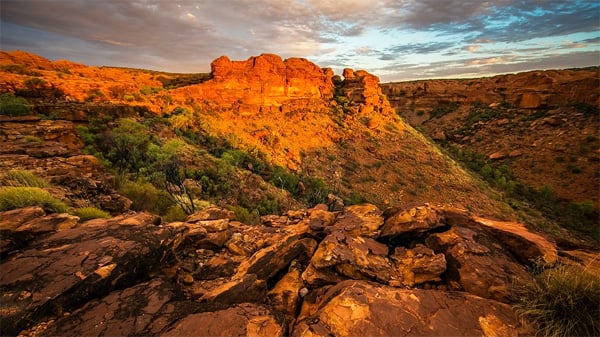 An Arizona couple is suing a county for blocking them from posting "coming soon" notifications about the opening of a rustic wellness center and wedding retreat on their property.

The lawsuit by the Institute for Justice charges Yavapai County also banned Joshua Killeen and his wife, Emily, from holding free, noncommerical weekly gatherings for friends on their land.

IJ contends the county is unconstitionally banning the couple's engagement in commercial speech, "which includes 'coming soon' advertising for future events that they plan to hold when open the public."

"As everyone knows, 'coming soon' signs, banners, radio and TV commercials, newspaper ads and internet advertising are common forms of commercial speech. Joshua and Emily have a core free-speech right, one the Supreme Court has recognized since the 1970s, to let the public know that their lawful business will soon be open to the public (as it will be after the permitting issues are cleared up)," IJ said.

"Second, the order forbade Wellness Wednesdays, the free, open-air events that Joshua and Emily, longtime yoga practitioners and vegetarians, hosted on their property. People were invited to bring a potluck vegetarian dish and enjoy dinner, fellowship, and yoga. People have a right to associate on private property for noncommercial activities. To borrow from the Declaration of Independence, this is called the Pursuit of Happiness," IJ said.

The cases is over the couple's attempts to meet all the county requirements, which they did not originally do as they developed their desert property with a modest, 800-square-foot home for themselves, a barn and a rustic wellness and wedding retreat.

"Their goal was to live and run a business on their own land in harmony with the environment and with a minimum of debt," IJ said.

They left California, where property costs made their dream untenable.

"Naively thinking they could homestead without dozens of government permission slips, Joshua and Emily built their American Dream. But in June 2018, the county told them they were not in code compliance and that they could not open their retreat for events until they acquired the permits," IJ said.

They agreed to obtain the required permits through modifications to their project.

"But the county’s punishment didn’t stop there, officials also directed them to pull down any online advertisements saying that their business would be 'coming soon' or taking any advanced bookings. The county also banned Joshua and Emily from having friends and neighbors over for yoga and potluck meals, even though those events were free of charge and outside," IJ explained.

The case was filed in U.S. District Court in Arizona against Yavapai County and David Williams, its development services director.

It argues that while the county is justified in requiring the plaintiffs to meet its code for buildings, its imposition of "a total ban on plaintiffs' commercial speech" is unconstitutional.

The Killeens had been told by the previous owner of the land that there were no requirements for permitting and zoning regulations. When they learned of the requirements, they agreed to meet them.

While they were making the adjustments, however, they continued to promote their site on social media, and the county demanded they stop.

The filing alleges violations of freedom of speech, substantive due process and equal protection and asks for a court order allowing the advertising.