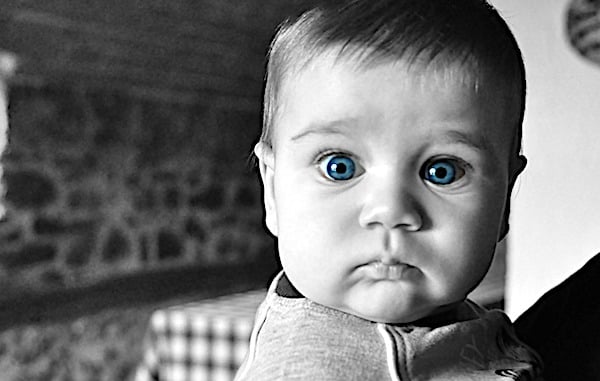 As the Trump administration expresses optimism about the development of a vaccine for the coronvirus, a religious-liberty group is warning that the top vaccines under development are made with "aborted baby cell lines."

The vaccines are not from aborted fetuses but from aborted baby cell lines used by researchers, says Liberty Counsel, which is running a campaign urging members of Congress and governors to oppose a government plan to force vaccinations.

"As an American citizen who loves my country, my Constitution and my right to refuse forced vaccinations, I urge you to end all consideration of mandatory vaccinations," Liberty Counsel says.

"What I thought was an aspirational goal 30 days ago when I was announced by the president, I have recently come to the conclusion that it is more and more likely to occur," he said.

President Trump said the Department of Defense and Department of Health and Human Services hopes to deliver 300 million coronavirus vaccines by Jan. 1, 2021. Vaccine development and testing programs by Johnson & Johnson, Moderna and AstraZeneca already are in trials or preparing to begin.

But Liberty Counsel Chairman Mat Staver is concerned that the top five vaccine research companies are "using aborted baby cell lines to fuel their research and build their vaccines."

And several states, he said, already are working to remove religious exemptions from vaccination requirements, including Connecticut and Illinois.

The Liberty Counsel campaign points out vaccinations are big money for pharmaceutical companies.

"Big Pharma reportedly constitutes approximately 1/6 of the U.S. economy. Additionally, the pharmaceutical industry spends more money on lobbying at both the state and federal levels than any other sector of the U.S. economy. In 2019, for example, Big Pharma spent a massive $295 million on federal lobbying – more than double the nearest runner-up, electronics manufacturing."

"And what better opportunity to make those profits skyrocket than to demand mass vaccination of the entire population … even though COVID-19 is now known to have just a 0.26% death rate, roughly the same as the average annual flu," the group said.

"It is absolutely imperative that we stop this push for mandatory vaccinations before it goes any further. Religious exemptions for vaccinations MUST stand. ALL people must be free to decide for themselves whether to take a vaccine – without the heavy pushing of multi-billion-dollar profiteers abusing our political system to remove those choices."

Meanwhile, some experts, arguing the coronavirus has weakened over time, believe it could die out without the need for a vaccine.

A leading Italian infectious disease specialist, Matteo Bassetti, noted in an interview with The Telegraph of London that COVID-19 patients once needed ventilation and oxygen.

"Now, in the past four weeks, the picture has completely changed in terms of patterns. There could be a lower viral load in the respiratory tract, probably due to a genetic mutation in the virus which has not yet been demonstrated scientifically. Also, we are now more aware of the disease and able to manage it," said Bassetti, head of the infectious diseases clinic at Italy's Policlinico San Martino Hospital.

"It was like an aggressive tiger in March and April, but now it's like a wild cat. Even elderly patients, aged 80 or 90, are now sitting up in bed, and they are breathing without help. The same patients would have died in two or three days before," the professor said.

He concluded it "probably it could go away completely without a vaccine."

"We have fewer and fewer people infected and it could end up with the virus dying out."