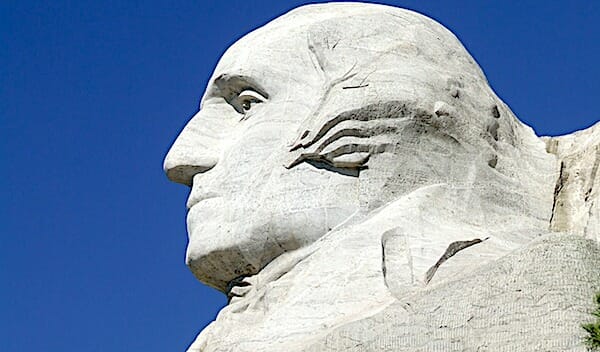 Democratic Gov. Andrew Cuomo of New York said he supports tearing down statues Tuesday, noting that it is a powerful statement about equality and anti-racism.

“People are making a statement about equality, about community, to be against racism, against slavery. I think those are good statements,” Cuomo said Tuesday on “Today.”

“It’s a healthy expression of people saying, ‘Let’s get some priorities here, and let’s remember the sin and mistake that this nation made and let’s not celebrate it,’” he added.

Cuomo’s comments came a day after he publicly supported the removal of the Theodore Roosevelt statue, located outside the American Museum of Natural History in New York City.

The museum requested the removal of the city-owned statue on Sunday in a statement. The depictions of a Native American and African person walking along Roosevelt’s horse are racist, according to the museum’s statement.

“While the Statue is owned by the City, the Museum recognizes the importance of taking a position at this time. We believe that the Statue should no longer remain and have requested that it be moved,” the statement reads.

“The statue has representations that clearly do not represent today’s values,” de Blasio said at a press conference Monday. “The statue clearly presents a white man as superior to people of color. And that’s just not acceptable in this day and age.”

Statues and monuments have been under scrutiny across the country in the aftermath of the death of George Floyd. Floyd died in Minneapolis police custody on May 25 after an officer knelt on his neck, video showed.

Rioters attempted to tear down the monument of former President Andrew Jackson monument outside the White House on Monday night.

“Can you overdo it? Of course you can,” Cuomo said Tuesday morning. Cuomo has come out in support of keeping the Columbus monument in New York City because of its importance to the Italian-American community in New York, NPR reported earlier in June.

WND News Services
These reports are produced by another news agency, and the editors of WND believe you'll find it of interest.
Couple shoots and kills bear after being attacked in their home
Man sues Burger King for serving him non-kosher burger
Trump's secretary of state filming 'biblical highway' movie in Israel
WATCH: Christians, Jews unite to blow shofar outside WHO's World Health Assembly
'I just want to die': Horrific experiences with abortion-by-pill revealed
See more...