As nationwide anti-police sentiment spreads like wildfire throughout the country, one district in an area that is home to some of the country’s most horrific school tragedies has voted to ban police officers from campuses.

KDVR-TV reported that the Denver Public Schools Board of Education voted unanimously last week to end its relationship with the Denver Police Department and will terminate a contract that currently places officers at schools to protect students.

The board passed a resolution Thursday that will reduce school resources officers in Denver schools by 25 percent by the end of 2020 with the goal of forcing the guardians of children off campus completely by the end of 2021.

The rationale behind the decision? George Floyd died while in police custody — 900 miles away from Denver — so that kids along Colorado’s populated Front Range can take part in a leftist social experiment.

KDVR-TV reported the board came to the decision to leave kids at school more vulnerable to violence after Floyd’s May 25 death in Minnesota and the ensuing protests.

“George Floyd’s death, and every tragic death of Black people at the hands of law enforcement, have brought to light how we as a district can respond and do more for our students of color. Ever since the issue of removing school resource officers was first raised, I emphasized how critical it is to hear from many different voices in the community,” DPS Superintendent Susana Cordova said.

“We heard from several stakeholders tonight, with pros and cons on both sides. It’s important to think about the full context here: strong safety resources on our campuses; trusting relationships with the adults in our schools; and the urgent and absolute need to end the school-to-prison pipeline. I believe the board has voted on this resolution with the best interest of students at heart,” Cordova added.

The anti-police resolution wants to take funds currently allocated to protecting city schools by cops and redirect them to an army of “psychologists” and “restorative justice practitioners,” per KDVR-TV.

What’s a restorative justice practitioner, you might ask? Left-wing Vox has the answer.

The outlet describes practitioners of restorative justice as essentially third-party mediators who sit down and help victims of violence and their attackers talk out traumatic experiences.

Exactly how these restorative justice practitioners intend to prevent bloodshed at Denver schools isn’t clear, but Cordova and others are apparently willing to sacrifice the safety of kids at the altar of social justice.

“There is absolutely nothing more important than all of our students feeling safe, cared for, and protected in our schools. An education does not happen without that. Our students need to trust the adults who are on our campuses with them. I appreciate the board’s forcefulness and tenacity in bringing this issue forward,” Cordova said.

The rhetoric defies all logic and -- like many leftist ideas -- throws public safety out the window in favor of protecting the feelings of a few.

Perhaps Cordova and the rest of the board should make the 14-mile commute to the Columbine Memorial near Littleton, which honors those murdered during the 1999 Columbine High School massacre.

The memorial sits on a hill just west of campus and honors the 12 students and one teacher killed, along with the first responders who were at the school when Dylan Klebold and Eric Harris set out that April morning to target Christians, minorities and other people they saw as their enemies.

The Littleton memorial sits on hallowed ground and declares those victims will be “never forgotten.” 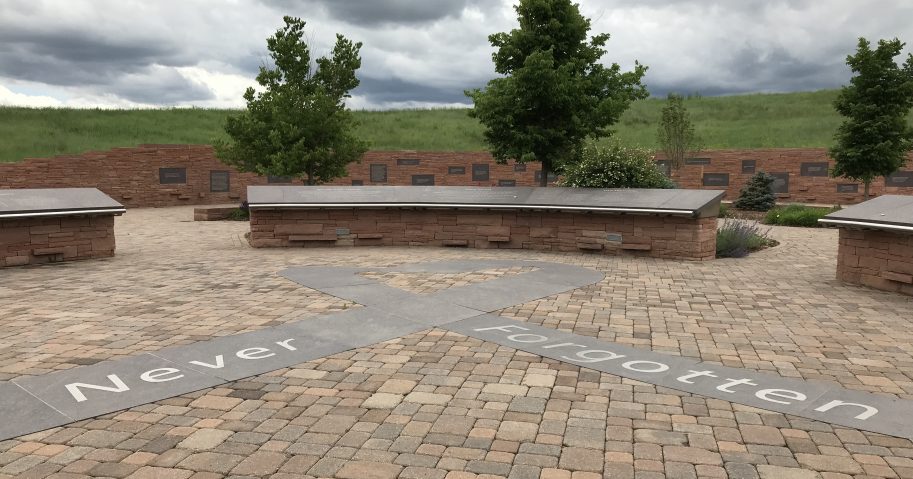 But Denver’s far-left school board has forgotten them, and they’re apparently committed to ensuring that the current movement to delegitimize and defund police officers leaves other young Coloradans vulnerable to similar attacks.

During last year’s shooting at the STEM School Highlands Ranch, just seven miles from Columbine High School, there were no officers on scene when two students entered the school with guns.

The Douglas County charter school used a private security officer, who accidentally shot an innocent student during the confusion, and school officials were shocked, as the private security guard wasn’t even supposed to be armed, The Denver Post reported.

Students at the school were forced to become their own guardians and acted to stop the violence.

Kendrick Castillo, 18, died defending himself and others from gunfire.

Denver’s top educators apparently wish to leave all students in their city in a similar predicament and will install restorative justice practitioners and mental health experts in the place of trained school resource officers.

As activists march to defund cops and erase the history of our country, the Denver Public Schools Board of Education has signaled loud and clear that it has forgotten its area's own recent history, and it is now aligned with a movement that seeks to make all citizens, specifically its own students, vulnerable to violence.