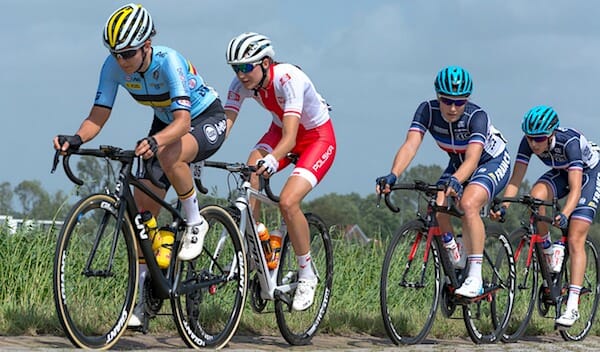 The Department of Justice on Friday filed a "statement of interest" in a federal court in Idaho that is dealing with a case claiming that biological men have the right to take part in athletic competitions for girls and women if they say they are female.

It is the Fairness in Women's Sports Act that is being challenged by activists who insist that men can say they are women.

"Allowing biological males to compete in all-female sports is fundamentally unfair to female athletes," said Attorney General William P. Barr. "Under the Constitution, the Equal Protection Clause allows Idaho to recognize the physiological differences between the biological sexes in athletics. Because of these differences, the Fairness Act's limiting of certain athletic teams to biological females provides equal protection. This limitation is based on the same exact interest that allows the creation of sex-specific athletic teams in the first place — namely, the goal of ensuring that biological females have equal athletic opportunities.

"Single-sex athletics is rooted in the reality of biological differences between the sexes and should stay rooted in objective biological fact," he said.

Idaho adopted its law in March, and it goes into effect in July.

It essential provides that athletic teams "shall be expressly designated as one (1) of the following based on biological sex: (a) Males, men, or boys; (b) Females, women, or girls; or (c) Coed or mixed."

It also provides that "[a]thletic teams or sports designated for females, women, or girls shall not be open to students of the male sex."

Lawmakers in Idaho found when they adopted the law that "[h]aving separate sex specific teams furthers efforts to promote sex equality. Sex-specific teams accomplish this by providing opportunities for female athletes to demonstrate their skill, strength, and athletic abilities while also providing them with opportunities to obtain recognition and accolades, college scholarships, and the numerous other long-term benefits that flow from success in athletic endeavors."

The DOJ's filing explained the Equal Protection Clause of the Constitution does not require states to abandon their efforts to provide biological women with equal opportunity to compete for, and enjoy the life-long benefits that flow from, participation in school athletics in order to accommodate the team preferences of transgender athletes.

The Idaho case was brought by the American Civil Liberties Union against the state.

But since then, two female track athletes also have gone to court in defense of the law.

Represented by the Alliance Defending Freedom, the Idaho State University students are opposing the ACLU's agenda.

"While it’s true that athletics is about more than winning, giving girls and women extra lessons in losing isn't right. We're grateful Gov. Little signed the Fairness in Women's Sports Act into law because it seeks to protect girls and women across Idaho. Our clients have already experienced the deflating experience of losing to a male runner, and this should not be allowed to continue," Holcomb said.

"Both of our clients agree: Putting male athletes up against females is simply not fair because it changes the nature and dynamics of sport for young women. As long-time athletes, these young women deserve a voice in this lawsuit and the opportunity to protect the future of girls’ and women’s sports in Idaho," Holcomb said.

The athletes' motion states: "The inequity of male athletic participation in their competitions touches the female participants, and their own perspective and argument is a necessary feature when the issues in contest land so personally with them. ... As intervenors, [the female athletes] would provide this court with a perspective otherwise out of view, thereby aiding in the disposition of the case."

Earlier, the Department of Education's Office for Civil Rights has issued a letter of "Impending Enforcement Action" against several public schools that have allowed boys who "identify" as girls to compete in girls' athletic events.

The letter investigated claims that the "Revised Transgender Participation Policy" enacted by several Connecticut schools "denied girls opportunities to compete, including in state and regional meets, and to receive public recognition critical to college recruiting and scholarship opportunities."

"The actions of the CIAC, Glastonbury, Bloomfield, Hartford, Cromwell, Canton, and Danbury [schools] resulted in the loss of athletic benefits and opportunities for female student-athletes," the letter concluded. "One complainant student-athlete explained to OCR that no matter how hard she trained, she felt that she could never be good enough to defeat Students A and B [boys who had been allowed to compete in girls' events]."

The female students "were denied the opportunities that Connecticut male student-athletes had of being able to compete, on a level playing field, for the benefits that flow from success in competitive athletics," the letter said.