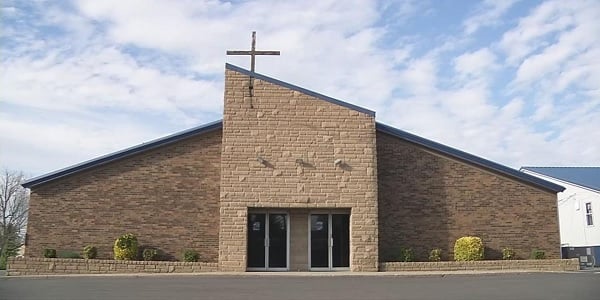 There is no better place for Americans to be right now than in church, kneeling in prayer and imploring God to heal our land. President Trump and first lady Melania Trump, during a trip to Saint John Paul II National Shrine in Washington, D.C., spent part of Tuesday doing exactly that.

Their visit to the shrine was planned long ago to coincide with the 41st anniversary of the beginning of Saint John Paul's historic nine-day visit to Poland in 1979 and to honor the man who fought so hard for religious freedom across the globe. The visit was also planned to coincide with the signing of an important executive order to advance international religious freedom, which includes many strong provisions designed to promote religious freedom among all people. This administration has understood, and has taken to heart, the fact that where religious liberty thrives, human beings flourish.

Sadly, the presidential visit to the shrine was denounced by those who should have welcomed it most. And while there is no good time for  partisan vilification by religious leaders, it is particularly devastating now when tensions are high, and grief is great.

“I find it baffling and reprehensible that any Catholic facility would allow itself to be so egregiously misused and manipulated in a fashion that violates our religious principles, which call us to defend the rights of all people even those with whom we might disagree,” said Washington Archbishop Wilton Gregory  in a written statement.

It is unclear why the archbishop thinks he is justified to dismiss these planned actions by the president as simply a “photo opportunity” and declare an incumbent U.S. president – or anyone else -- unwelcome in a Catholic church.

Millions of Catholics throughout the United States, including many within the archbishop’s own flock, are grateful for the president’s newly issued executive order. The protection of religious minorities is not a partisan issue. It has enjoyed unanimous support in Congress, as well as continued support from both the Trump and Obama administrations.

Secretary of State John Kerry acknowledged in 2016, for example, that Middle East terrorists’ treatment of Christian minorities in Iraq and Syria constituted targeted, deliberate acts of genocide. Both Republicans and Democrats, for good reason, have a strong history of bolstering religious freedom around the world.

Instead of embracing the bipartisan consensus surrounding religious liberty, Archbishop Gregory has politicized an issue that should be apolitical. Our focus shouldn't be on either the president or the archbishop; we should be celebrating America's support of religious liberty around the world. The archbishop's comments are particularly upsetting given Saint John Paul II’s legacy as an unwavering advocate for religious freedom. This unfortunate attack on the president needlessly politicizes this important issue and distracts from the plight of vulnerable religious minorities around the world.

It also leaves many Catholics wondering if President Trump is now persona non grata at Catholic churches in the Washington Archdiocese. And if he is, who else might be?

Americans on all sides of the political spectrum look for answers during these times of unrest and sickness. And certainly, Catholics who have been shut out of their parish homes for months now due to the coronavirus pandemic know that the church should be a place where anyone can come and pray.