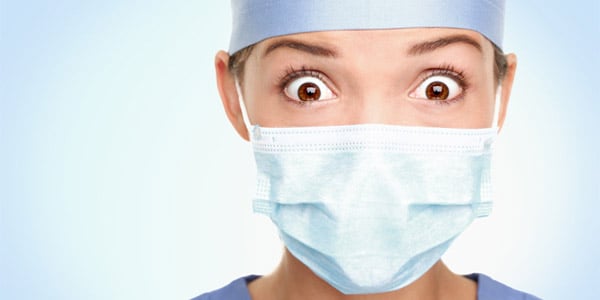 The federal government on Friday finalized a new rule that cancels an Obama administration requirement that doctors, when asked, must perform "sex-change" surgeries even if they believe it will harm their patients.

"No doctor should be forced to perform a procedure she believes would harm a patient," said Luke Goodrich, vice president and senior counsel at Becket.

"The new rule will help ensure that all patients receive top-notch care without forcing doctors to perform potentially harmful procedures in violation of their religious beliefs and medical judgment."

The new standard from the Department of Health and Human Services "protects patients, aligns with current medical research, and complies with rulings from two federal courts."

The previous rule "had required doctors to perform gender transition procedures even if doing so would violate their religious beliefs and potentially harm their patients," Beckett explained.

But the old rule already has been struck down in two separate federal court cases brought by a coalition of nine states, several religious groups and an association 19,000 health care professions.

The new rule aligns with the court verdicts, ensuring that sensitive medical decisions are kept between patients and their doctors without government interference, Becket said.

The courts that objected to the mandate were in North Dakota and Texas.

Becket said the new rule "is aimed at bringing the regulations into compliance with these court decisions, helping to ensure that the personal decision to undergo transgender medical procedures is kept between a patient and their doctor, free from government interference."

"Today marks a significant step forward for compassion, conscience, and sound medical judgment," said Goodrich. "Our clients look forward to continuing to serve all patients, regardless of their sex or gender identity, and continuing to provide top-notch care to transgender patients for everything from cancer to the common cold."

Mary Beth Waddell, who serves as the senior legislative assistant for Family Research Council, said, "The Department of Health and Human Services has corrected a dangerous Obamacare rule that distorted key portions of the legislation to the detriment of both medical professionals and patients.

"Under the old Obama rule, medical professionals could have been forced to facilitate gender reassignment surgeries and abortions -- even if they believed this was a violation of their conscience or believed it harmful to the patient. Fortunately, soon after it was finalized, the courts blocked the far-reaching rule that was clearly unconstitutional.

"Gender transition procedures are not fully embraced within the medical community because of their severe negative, psychological, and physical impacts. These negative impacts have only become more apparent in the last four years since the Obama rule was adopted. The Obama rule failed to recognize the many unintended consequences to patients -- particularly those identifying as transgender. For example, men and women often get different doses of medications and even different ones altogether. Men and women sometimes exhibit different symptoms for the same disease. Treating a person differently based on their self-professed gender and not their biological make-up can be not only harmful, but deadly."

She said the rule "finalized today helps protect health care providers from being forced to participate in and perform services that substantially violate their consciences and help protect their patients. "

In fact, sex is embedded down to the DNA level and cannot be changed, but physical characteristics can be altered surgically.

Kate Anderson of the Alliance Defending Freedom said another rule proposed Friday by the Department of Housing and Urban Development would finally allow shelters to choose to be single-sex facilities and to define "sex" in accordance with their own policies.

"There is no need to force shelters to violate their faith or impose a blanket federal policy that forces vulnerable women to share space with men who claim a female identity," she said.

"Our Constitution requires government officials to treat religious Americans and faith-based organizations as favorably as everyone else and HUD’s proposed rule takes a step in that direction. Some of the faith-based organizations we’ve represented in court have faced hostility—and even the threat of closure—by government officials who disagree with their religious beliefs. That’s why we are glad HUD is proposing a rule that at least returns this issue to local control and otherwise lets shelters set their own admissions policies to carry out their mission," she said.

Previous rules mandated that shelters for women admit men who "identify" as women.