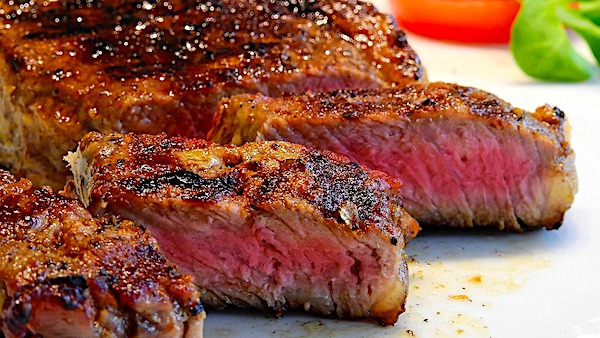 A Philadelphia food market chain offered free lunch to local police officers following citywide riots, but the eatery quickly apologized to the public after backlash from its own employees.

Di Brunno Brothers on Monday extended the offer to all the city’s men in blue, allowing them to claim a free lunch and drink. Riots had ripped through the city a day earlier and numerous businesses were feeling the aftermath of those livid with the death of George Floyd, who died in Minneapolis after an officer kneeled on his neck for over 8 minutes.

So many stores along Walnut and Chestnut Steeets in #CenterCity #philly are boarded up today and remain closed.

Employees of the Philadelphia chain spoke out and the restaurant removed a sign that was deemed inappropriate. Nevertheless, Di Brunno’s staff penned a letter to executives presiding over the eatery, accusing management of offering “preferential treatment to on-duty officers” and rejecting the views of the Floyd movement, according to Philadelphia Magazine

“Di Bruno Bros. expressed support for police, while neglecting those rightfully demonstrating against against racial injustice,” the letter reads. “We feel deeply opposed to the company’s position on this matter, which runs directly counter to our own beliefs on these very important issues.”

The food market chain heeded the demands of dissenting employees and issued an apology letter on Wednesday, in which they called their offer “insensitive” and immediately revoked it. They also donated money to four liberal groups, including Black Lives Matter and the Southern Poverty Law Center.

“By now, you may be aware of a situation this past Monday at our Chestnut Street location involving the offer of complimentary lunch to Philadelphia Police Officers,” the letter said. “The decision was made in haste after a night of destruction and looting. It was insensitive and we sincerely apologize. The sign was removed, and the policy is revoked.”

Police unions have taken notice and have vowed to boycott the Philadelphia staple. Fraternal Order of Police president John McNesby posted a message on Twitter, following the quick reversal of the store’s policy, as first noted by Fox News.

Rest assured Philly police will be boycotting @DiBrunoBros from here on out. #BackTheBlue

“I mean, if they wanted to offer the lunch, fine, nobody asked for it. They did it,” McNesby later told “Fox and Friends.” “Why turn around and slap the cops over the head? You turn around and now you apologize, and everybody else, for something that we didn’t do.”