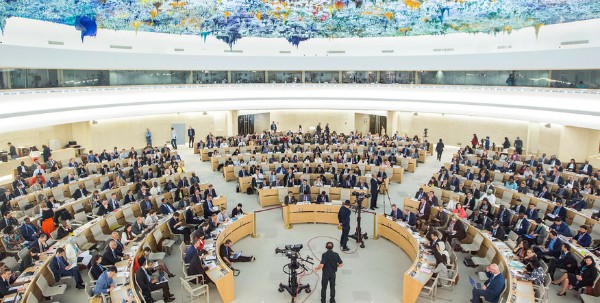 In the wake of global protests over the death of Minneapolis black man George Floyd in police custody, the United Nations Human Rights Council heard a plea from Floyd's brother, asking the panel to help "black people in America."

The panel held an "urgent meeting" Wednesday at U.N. headquarters in Geneva on the subject of "police brutality" and "systemic racism" in the United States, CNN reported. 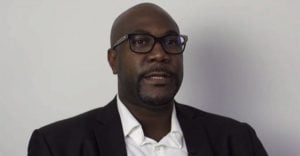 "The tragic events of 25 May in Minneapolis in the US, which led to the death of George Floyd, led to protests throughout the world against injustice and police brutality that persons of African descent face on a daily basis in many regions of the world," said Dieudonné W. Désiré Sougouri, the African Group's coordinator on Monday.

"The death of George Floyd is unfortunately not an isolated incident."

The meeting was requested by the African Group, which has 54 member states from the African continent. Current members of the Human Rights Council include Sudan, Afghanistan, Pakistan, Qatar and Venezuela.

Philonise Floyd addressed the gathering in a video message.

"My brother was unarmed and was accused of passing a counterfeit 20 bill. My family and I had to watch the last moments of his life. When people dared to raise their voice and protest for my brother, they were tear gassed," he said.

"My brother, George Floyd, is one of the many black men and women that have been murdered by police in recent years. You watched my brother die. That could have been me. I am my brother's keeper."

"We also need to make amends for centuries of racial discriminationm," she said. "Time is of the essence. Patience has run out. Black Lives Matter. Indigenous lives matter."

CNN reported that among those in attendance was the U.N. deputy secretary-general, Amina Mohammed, and the deputy chairperson of the African Union Commission, Kwesi Quartey.

Mohammed is from Nigeria, where, according to Amnesty International, the police "regularly commit human rights violations, including unlawful killings, torture and other ill-treatment, and enforced disappearances."

Among the members of the Africa group is Zimbabwe, which after the death of brutal dictator Robert Mugabe remains "highly intolerant of basic rights, peaceful dissent, and free expression," according to the non-profit Human Rights Watch.

The 37-year rule of Mugabe, who died last September, "was marked by widespread human rights violations and the ruining of the country’s economy," said Human Rights Watch, which noted he "was never held to account for his corrupt and abusive rule."