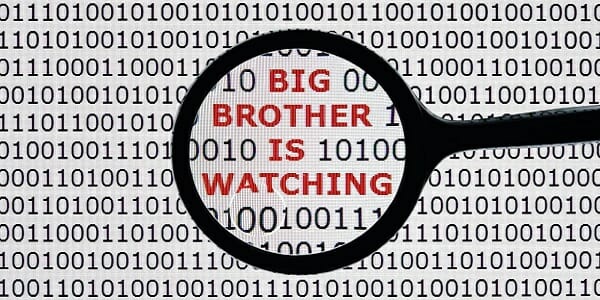 My fourth collection of columns is titled "The Media Matrix" and has the subtitle "What if everything you know is fake?" Lately, that subtitle seems prophetic and ubiquitous. As we watch Big Tech crush diversity of thought and promote one-sided radical disinformation, it seems that more and more people are recognizing that they live in an information bubble strictly controlled by a few billionaires and a handful of media outlets.

Google and its brethren have become the de facto Ministry of Truth, which (as fans of George Orwell’s “Nineteen Eighty-Four” already know) is in fact the Ministry of Lies and Propaganda. Due to congressional malfeasance, Google is the leviathan unleashed without any oversight on a world of unsuspecting information consumers, many of whom assume that what they read is reliable. In fact, it is filtered through a complex network of algorithms and policies that eliminate nuance and subtlety and substitute far-left talking points and distortions.

As Orwell’s dystopian novel explains, “Who controls the past controls the future: who controls the present controls the past.” Of course, in “Nineteen Eighty-Four” it is the monolithic Party that exercises unilateral control over thought, history and behavior. But in our modern world of “Twenty Twenty,” the government has been supplanted from the role of Big Brother by Google, the gatekeeper of all knowledge and the arbiter of all opinion.

Google’s power, aided and abetted by the federal government, is not just derived from its virtual monopoly on search results, but also by its control of almost all Internet advertising through its AdSense program. Websites, therefore, have become dependent on Google for their continued existence, and if Google removes their revenue stream, they have no choice but to buckle under to the Mother Ship’s demands or to go under altogether. What’s worse is that Google is answerable to no one. It makes its own rules and there is no effective right of appeal.

Last week, after being goaded by a branch of NBC, Google demonetized ZeroHedge and threatened to do the same to The Federalist because of the way they characterized Black Lives Matter, or maybe because they allowed unrestricted comment on their websites. (We don’t know for sure because when you are as powerful as Google, you don’t have to explain yourself.) The Federalist, one of the most important conservative opinion and news sites on the internet, removed its comment section altogether in order to appease the beast that is Google. ZeroHedge, another conservative outlet, has not been so lucky. It has been sent to digital Siberia, where one assumes the rations are limited to bread and water.

On Wednesday, Sen. Josh Hawley introduced legislation to restrict the ability of Internet platforms to censor such conservative voices, or for that matter any voices, with impunity. Hawley's bill, called the Limiting Section 230 Immunity to Good Samaritans Act, would require companies to undertake a “duty of good faith” in order to receive the liability protections of Section 230 of the Communications Decency Act. If they don’t maintain a neutral platform or if they exercise “selective enforcement of policies,” they wouldn’t qualify for protection from lawsuits.

“For too long, Big Tech companies like Twitter, Google and Facebook have used their power to silence political speech from conservatives without any recourse for users,” Hawley said. “Congress should act to ensure bad actors are not given a free pass to censor and silence their opponents.”

Hawley is one of a handful of conservatives who understand what is at stake. Another is Tucker Carlson, who continues to risk his career on Fox News by speaking out against the powers that be. On Tuesday, Carlson was one of the first to call out Google for its latest assault on freedom of speech. Carlson, who in 2017 called Google “the most powerful company in the history of the world,” doubled down on the threat that Google posed to not just free speech but free thought:

“Suddenly your opinions qualify as crimes. Dare to say what you think at work, and you will be fired in the middle of a recession. Write what you think online, and you will be silenced by the Big Tech companies. So, you keep your views to yourself. You have no choice. A lot of Americans are doing that right now. They're staying quiet. And of course, that's the point of censorship — to keep people isolated and alone to prevent a consensus from forming that challenges those in charge. If you're forced to shut up, they can do what they want to you and your country. That's why they do it.”

As Carlson said in 2017, “To an unprecedented extent, Google controls reality.”

That’s true, but Google is not alone. Facebook last week banned an ad placed by the Trump campaign because it included a red triangle as a reference to antifa, the leftist hate group that has fomented violence in many of our major cities. According to Facebook, the symbol is unacceptable not because it is used by a real modern hate group but because it was used 85 years ago by the Nazi Party in Germany.

Let’s face it. Were it not for Facebook and its thought police, very few Americans would have ever known that the red triangle had been co-opted permanently by the Nazis, never to be mentioned again in polite society. Heaven help the unsuspecting third-grader who colors in his lesson on shapes by mistakenly using a red crayon on the triangle.

But the mainstream media, social media and left-wing advocacy websites were ablaze on Thursday with a steady drumbeat of headlines that explicitly linked Trump’s name with Nazis.

—“Facebook takes down Trump campaign ads with symbol once used by Nazis,” we were told by Axios.

No? You think I’m exaggerating the effect of such headlines repeating the blatant distortion of Trump’s intent as if it were true? Facebook got the ball rolling, but when you throw in those misleading headlines and the 24/7 blare of CNN and MSNBC targeting Trump as a dangerous Nazi himself, you get the effect that Aldous Huxley described in his book “Enemies of Freedom,” later published as “Brave New World Revisited.”

One of the most important of those enemies was propaganda, and in a 1958 interview with Mike Wallace of CBS fame, Huxley laid out the case for how our freedom could be endangered by the mass media. The author of “Brave New World” proposed that the time might come when "television … is always saying the same things the whole time; it's always driving along. It's not creating a wide front of distraction. It's creating a one-pointed 'drumming in' of a single idea all the time." He called this an "immensely powerful" tool of propaganda.

It’s also the birth of what Donald Trump came to call “Fake News,” and which, in an echo of Huxley, the president has characterized as the “Enemy of the People.”

More and more, mainstream media players like the New York Times, CNN and NBC are working hand in hand with the social media giants to push an agenda rather than to report the news. Moreover, with Google’s economic clout, they can crush their opposition. That makes them the American version of the Chinese Communist Party or the equivalent of the all-powerful Party in “Nineteen Eighty-Four.” Bow to them or you will be silenced. To paraphrase Orwell, “Whatever Google holds to be the truth, is truth.”

If that doesn’t worry you, then the country is already lost.

Frank Miele, the retired editor of the Daily Inter Lake in Kalispell Mont., is a columnist for RealClearPolitics. His books — including “The Media Matrix: What If Everything You Know Is Fake?” — are available from his Amazon author page. Visit him at HeartlandDiaryUSA.com to read his daily commentary or follow him on Facebook @HeartlandDiaryUSA or on Twitter @HeartlandDiary.