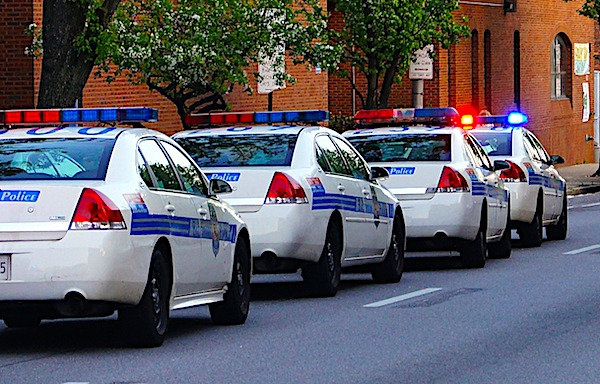 In the midst of head-spinning talk about defunding police or abolishing them entirely, it’s important to step back and take a sober look at the debate. The racial dimension of policing is vexing because the racial dimension of American life is vexing. It is the deepest scar in our history. We treated it indecisively in forming our new nation and finally confronted it, at gruesome cost, in a great Civil War. We confronted it again a century later, after the failure of Reconstruction and decades of Jim Crow laws, during the Civil Rights Movement.

Despite those efforts and significant progress over the past half century, we never eliminated racism completely. We are facing it again today. The laws of the mid-1960s ensured de jure equality. Since then, the struggle has been to create a more equal society in practice. It’s difficult to even agree on the meaning of that term, much less achieve it. For some, equality refers to outcomes; for others, opportunities. Whatever the meaning, it must mean equal treatment by police. There’s no disagreement about that fundamental point.

For those who experienced the racial upheavals of the 1960s, it should be obvious that racism is far less prevalent in all aspects of American life today. That includes policing. It may not seem that way, though, because our time horizons are too short. Most Americans alive today didn’t live through that era, so they haven’t witnessed the gradual but unmistakable improvement.

Where does this historical legacy and today’s deep ideological divisions leave the current debate? The elephant in the room — the deeply discomforting but undeniable truth — is that poor black communities are the country’s most crime-ridden. People there suffer more crimes, most of them committed by other members of the community.

Policing that community is the hardest challenge of modern law enforcement. The victims are reluctant to work closely with police because they fear retaliation (from street gangs, especially) or social ostracism if they “snitch.” Far too many crimes go unsolved because witnesses refuse to come forward. Police, for their part, see these communities as hostile and dangerous. The result is a vicious cycle of enmity and mistrust between police and the local community. It’s hard to break that cycle, despite the best efforts of good police, politicians, preachers, and community organizers.

When real police injustices occur, such as the killing of George Floyd or Chicago’s Laquan McDonald, this simmering hostility becomes a volatile backdrop. Specific killings are not seen as isolated incidents but as representative behavior. The outrage is heightened because today’s deadly confrontations with police are caught on video and spread with viral intensity. These high-profile incidents come to embody larger concerns about police misconduct, racism, inequality, and violence. They mobilize outrage.

Radical groups such as Antifa exploit moments like this for their own purposes, hoping to build support for their cause. That’s always true historically. Whether the group is left-wing, right-wing, or anarchist, they want to highlight social cleavages, amplify them, and show the government’s efforts to restore order are really brutal efforts to repress dissent. Of course, looters are the ultimate opportunists, using social chaos to upgrade their home entertainment systems. The cost is a neighborhood of burnt-out stores that will never be rebuilt, livelihoods that will never recover.

In this angry, tense environment, it is difficult to look at hot issues coolly. But that is exactly what we need to do, both to understand the issues and to choose effective policies.

-- Any stable society needs social controls, including effective policing. Providing safety and stability is the first duty of any government.

When police can’t or won’t protect you, people inevitably look for other ways to protect themselves. They buy guns, hire private guards, install electronic alarms, and, if they can afford it, choose to live in gated communities, safe suburbs, or secure apartment buildings. If it is too dangerous to go out on the streets, people put bars on their windows and imprison themselves in their own homes, as many older people do today in poor, crime-ridden areas.

Cutting back on policing, either because funds are slashed or because police are reluctant to stop lawbreakers, will only increase this search for alternative solutions. The answer should be more responsive policing. The difficulty is doing that in hostile, crime-ridden areas, where even law-abiding residents consider the police outsiders, more adversaries than allies.

-- There will always be a few bad cops, just as there bad teachers, truck drivers, and accountants.

The goal should be to hire fewer of them by using better screening, train them better, and, if necessary, firing them. Aside from continuous training, that means identifying bad behavior quickly, disciplining it promptly, dismissing bad cops, and offering no institutional support for racial prejudice or excessive force.

It is crucial to hold individual police accountable for their fellow officers’ bad behavior. Three Minneapolis policemen stood nearby as fellow officer Derek Chauvin kneeled on George Floyd’s neck. One of them, according to the video, seemed more concerned with menacing bystanders who objected. None of them intervened. We’ll never know what they would have said about their confrontation with Floyd if there had been no video of the incident. But we can imagine. We do know, from hard experience, that police are very reluctant to call out their colleagues.

Getting cops to hold each other accountable is no easy task. No bureaucracy does it well — they protect their own — and police are no different. In fact, the problem is more difficult on police forces because officers depend on each other in life-threatening situations. This mutual dependence, like that of mountain-climbing teams, strongly encourages bonding with small groups and discourages whistleblowing. The “blue wall of silence” is not easily breached, and it’s a major problem in managing any police department.

-- Police unions are another huge obstacle to weeding out bad cops.

Labor unions always fight for their members, and they fight especially hard when management wants to fire or discipline a member. That’s as true for police unions as it is for auto unions or hospital workers – and it is especially true for public-employee unions. One solution might be to allow police unions (and all public-sector unions) to negotiate wages, working conditions, and general disciplinary procedures, but to limit their role in hearings for specific officers. Whatever reforms are chosen, they should make it much easier to weed out bad cops.

-- The United States has probably never had less racism in policing, but it doesn’t feel that way for two reasons:

-- Policing is fundamentally a task for local government. It should not be nationalized or weighed down by Washington’s bureaucratic rulemaking.

It would be ultimately counterproductive, and a blow to America’s federal system, to control police functions from Washington with extensive regulations, tied to funding. The most reasonable compromise is to set a limited number of essential practices, such as prohibiting choke holds, to qualify for federal funds. These guidelines should not be allowed to grow mindlessly, like those for school lunches, which centralized what had been a local responsibility for two centuries and did so without any national debate or statutory foundation.

-- The political impact of the protests following George Floyd’s killing depends on how much longer they continue, how big they are, and how violent.

For Democrats, the danger is being seen as squishy on genuine lawbreaking, especially violence against property and bail for violent offenders. There is also some risk these issues will divide the party itself, pitting the center-left against more extreme positions. Joe Biden, for instance, has clearly stated his opposition to defunding the police. So has Bernie Sanders. House Speaker Nancy Pelosi refused to answer questions about it, but you can expect her to support Biden’s position. Alexandria Ocasio-Cortez and her allies, on the other hand, favor more radical, anti-police positions. The Democrats need to keep these young progressives in the fold for the November election. This ideological division could lead to a fight over the party platform, which Biden hopes to avoid. He wants party unity — at least until November.

For Republicans, the danger is being seen as too harsh, lumping together peaceful demonstrators with violent mobs and nihilists and supporting police crackdowns even when demonstrators are not harming anyone. Such broad (and politically self-defeating) attacks are a risk every time Donald Trump tweets.

For the country as a whole, the dangers go beyond those that worry party politicians. Americans fear a long, hot, deadly summer, like that of 1968. After months of suffering through a pandemic and economic shutdown, they want to recover, restore, and rebuild, without trampling anyone’s rights to do it. They will vote for a leader who offers that vision of a better future.

Off-duty Dallas cop attacked from behind, beaten to ground after trying to disperse crowd

The inequality of equality in the American Dream