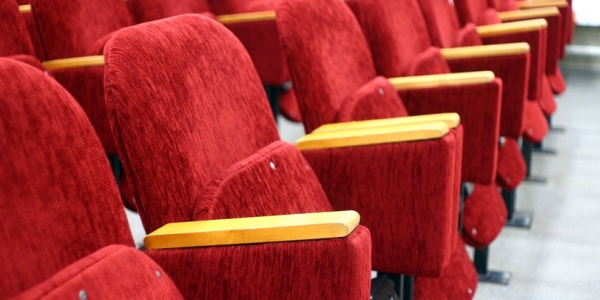 Didn’t HBO pick an odd day to go all Taliban on us by removing “Gone With the Wind” from its platform? Yesterday, you see, was Hattie McDaniel’s birthday.

I’ve previously written about the great actress. I see that I need to do so again. Eighty years ago, The Academy of Motion Picture Arts & Sciences honored her as Best Supporting Actress for her portrayal of “Mammy” in the famous movie set in antebellum Georgia. This was the first Oscar won by any African American. It would take another 10 years for a second black actor to even be nominated for an acting award -- and not until 1964, when the great Sidney Poitier won for his performance in “Lilies in the Field,” did another black actor actually win.

Now seems like a good time in our nation's history to offer an observation about these two artistic pioneers.

De-platforming “Gone With the Wind,” which “12 Years a Slave” screenwriter John Ridley urged HBO to do in a Los Angeles Times op-ed Tuesday, means censoring a film that garnered eight Academy Awards, including Best Screenplay and Best Picture -- and for both actress categories. This was even more impressive than it seems: The other movies in nomination on Feb. 29, 1940, represented Hollywood’s greatest output in any year before or since. Among the movies released in 1939 were “The Wizard of Oz,” “Mr. Smith Goes to Washington,” “Stagecoach,” “Destry Rides Again,” “Wuthering Heights,” “Goodbye, Mr. Chips,” “Ninotchka,” “Of Mice and Men,” and “The Hunchback of Notre Dame.”

Regarding “Gone With the Wind,” the NAACP complained at the time that Margaret Mitchell’s epic Southern romance and the screenplay adapted from it idealized the Old South while glossing over the horrors of slavery. This was a fair critique, as it is today, although Hattie McDaniel certainly didn’t write the script. She did, however, turn in a nuanced performance as an independent-minded housemaid doing her best to maintain her human dignity. Audiences recognized that, as did her peers in the profession.

Yet even while bestowing its highest honor on a black woman, the Motion Picture Academy revealed how far it -- and the United States of America -- had to go in 1940: McDaniel was seated at a segregated table, away from her fellow “Gone With the Wind” cast members.

Born in Wichita, Kan., in 1895, Hattie McDaniel had always known what she was up against. She viewed her talent as a way to forge a better life for herself -- and for other African American women. To those who sniped at her for playing subservient roles, McDaniel had two answers. The first was a practical one: If she wasn’t being paid handsomely to play a maid on the screen, she’d be paid poorly to be an actual maid in real life.

Four years ago, Chris Rock echoed these sentiments to those who recommended that he not host the 2016 awards show. “How come all these unemployed people are telling you to quit something?” Rock said. “I thought about quitting, but they’re going to have the Oscars anyway.”

In McDaniel’s case, she wasn’t using wit or hyperbole. She knew firsthand what it was like to slip a rung on the ladder to success. A star minstrel performer, and one of the first African American women to perform on the radio, McDaniel was reduced during the Great Depression to working as a ladies’ washroom attendant in a Milwaukee nightclub that hired only white performers. Eventually, the managers were persuaded to make an exception, and McDaniel honed her talents while plotting her escape to Hollywood.

McDaniel’s second response to her critics was more subversive. Although specializing in the role of genial, if sometimes sassy, cooks or household servants, she subtly undermined the very stereotype she was playing. That attitude was the key. She did more than repeat the humorous asides written into the scripts of the films she made. She asserted the character’s -- and the actress’ -- own independence and resilience.

A half-dozen years after her performance as Mammy, McDaniel returned to radio as the star of “The Beulah Show.” Once again, she portrayed a bubbly Southern maid. But in postwar America, audiences better understood the strength of spirit that animated Beulah. McDaniel's former critics embraced her, and the serial was picked up for television. After filming the first few episodes, however, she learned she had breast cancer. She died months later in 1952, at age 57. Although racial segregation prevented her from being buried in the Hollywood Memorial Cemetery, with other movie industry stars, some 3,000 people attended her funeral.

In 1999, the cemetery offered to have McDaniel reinterred there. Her family declined the offer, but the Hollywood Forever Cemetery, as it was renamed, erected a tomb in McDaniel’s honor on the lawn overlooking its peaceful lake. The monument has become a popular tourist attraction.

Asked about “Gone With the Wind” the year after it was made, McDaniel revealed how hard she worked at her craft. “I read that book three times through,” she said. “Not for weeks have I been Hattie McDaniel. I’ve just been going through the house all the time, peeping and peering like Mammy does after Miss Scarlett.”

She was paired with Vivien Leigh during her screen test. Producer David O. Selznick didn’t know he was looking at two future Academy Award winners when he viewed the test, but he knew he had something special on his set.

“Save your overhead, boys,” he instructed his crew. “We can start shooting tomorrow.”

Coming into his own two decades later, Sidney Poitier had artistic choices Hattie McDaniel was not allowed. Part of this was his noble bearing and leading man charisma. Part of it was the changing times. But in the harsh glare of the ’60s -- a time like our own -- he, too, was criticized by a small group of leftists, black and white. He’s retired now, residing in Florida as the oldest living Oscar winner, but two decades ago, Poitier was interviewed by Oprah Winfrey. It was one incandescent luminary interviewing another, although Oprah was openly star-struck. In the interview, Poitier told Oprah that in the late 1950s, he’d been pressured by his agent Marty Baum and studio head Sam Goldwyn to play Porgy in “Porgy and Bess.” It was not a role he wanted to do, and not only because he couldn’t sing. But there was another part he desperately wanted, Noah Cullen in “The Defiant Ones,” and it was made clear to him that it was a package deal.

“So I had a lot of thinking to do, and I agonized,” he told Oprah. “Finally, Marty and I came up with the only thing I could do, because I wanted to do ‘The Defiant Ones.’ I did one movie, ‘Porgy and Bess,’ so I could do the other. It was painful, but it was useful. I learned some lessons, and if I had it to do again, I wouldn’t do it any differently, because I had work to do.”