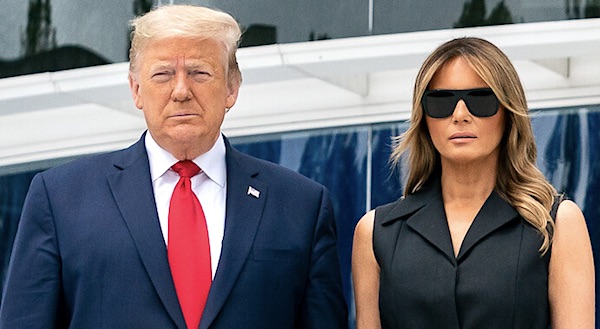 The Trump administration has a narrow view of sex, and in the eyes of the law, his Department of Health and Human Services will define sex as determined by biology — that is, male and female.

HHS has finalized a rule under Section 1557 of the Affordable Care Act that restores the traditional definition and revokes the redefinition of sex discrimination implemented under President Obama. The previous administration had defined sex as “one’s internal sense of gender.”

As of Friday, that is no more.

“We are restoring respect to the rule of law,” Roger Severino, the director of the Office for Civil Rights at HHS, told RealClearPolitics. The old definition implemented by Obama, he argued, had created “extraordinary confusion in the science and medical fields.”

The return to the traditional definition is a promise made by Trump-the-candidate, and a promise kept by Trump-the-president. Controversy will certainly follow, especially ahead of the presidential election.

But advancing the front on the culture war is not the objective. Severino says he wants clear-eyed regulators instead, ones guided by science rather than shifting gender-identity politics. “If there's any agency where the biological understanding of sex matters, it would be HHS,” he told RCP. “We've done so much work in the field of medicine and science, where sex is considered a biological variable.”

The administration believes the courts will rule on its side.

The return to a traditional definition at HHS comes on the heels of a similar decision by the Department of Education. It also comes at a moment when the issue of sex and gender have become fraught political topics. Each of the Democratic primary contenders except for the eventual nominee, former Vice President Joe Biden, made a show of defining their gender identity and adding their preferred pronouns to their Twitter bios.

While the decision to define sex according to biology means a cultural fight, Severino insists it will in no way affect how HHS “respects the dignity of every human being.”

“As we have shown in our response to the pandemic, we vigorously protect and enforce the civil rights of all to the fullest extent permitted by our laws as passed by Congress.  We are unwavering in our commitment to enforcing civil rights in health care,” he added.

And the administration insists that this decision will not harm the rights of those who identify their sex as different than male or female. The return to the traditional definition, instead, Severino said, makes clear that biological sex and gender are different.

“To conflate the two is a mistake, both as a matter of law, but also leads to all sorts of confusion that could lead to tragic consequences,” he added.

The director pointed to a tragic case documented in the New England Journal of Medicine when a man arrived at a hospital experiencing severe abdominal pains. Nurses did not consider the case an emergency, until they realized that the patient was pregnant. He was a transgender man in labor. The pregnancy ended in a stillbirth.

“Treating sex as a biological reality or not,” Severino added, "can make a tremendous difference to health outcomes.”