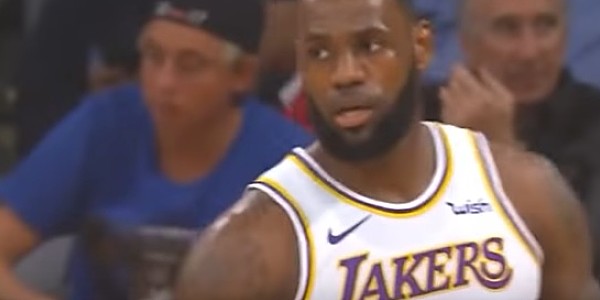 "As far as the NFL, I’m not in those locker rooms, I’m not with those guys, but I do understand that an apology. … I have not heard a true, official apology to Colin Kaepernick on what he was going through, and what he was trying to tell the NFL, and tell the world about why he was kneeling," James said Thursday in an interview with Bloomberg Businessweek.

"I just see that to still be wrong, and now they are listening some, but I still think we have not heard that official apology to a man who basically sacrificed everything for the better of this world."

Kaepernick, then a quarterback for the San Francisco 49ers, launched the national anthem protest in 2016, claiming systemic, racially motivated violence by law enforcement against blacks.

But the premise of Kaepernick's protests has been challenged.

African-American columnist Larry Elder cited studies from mainstream sources showing a 75% decline in police killings of blacks since 1968 and the rarity of police shooting an unarmed black male.

Black scholar Shelby Steele, who grew up in the segregated South, wrote in the Wall Street Journal that while there is still racism in America -- because it's "endemic to the human condition, just as stupidity is" -- the U.S. has come to a point where racism "has become anathema and freedom has expanded."

Amid the George Floyd protests, NFL Commissioner Roger Goodell has apologized on behalf of the NFL for not doing a better job of listening to players' concerns on racial inequality.

Goodell didn't mention Kaepernick by name, but he has said he would "support" and "encourage" a team to sign him.

Kaepernick recently declared via Twitter that revolution is "the only logical reaction" to Floyd's death.

"When civility leads to death, revolting is the only logical reaction," Kaepernick tweeted.