Today’s Democratic Party insists that a beautiful, full-term human baby just about to be born isn’t really a human being, and therefore can be slaughtered at will – maybe even after he or she is born – just as long as “the mother and her doctor” agree.

The modern Democratic Party likewise contends there are more than a hundred different genders that never before existed in history, that men can get pregnant, have babies and much more, and that if you don’t agree with all this, you’re a deplorable bigot – and anti-science.

These are the people who proudly identify themselves as “the party of science” and contemptuously dismiss critics and political opponents as “science-deniers” or “climate-deniers,” people who refuse to “listen to the scientists” and “follow the data.”

Meanwhile, cable TV anchors and pundits posing as epidemiologists and immunologists angrily denounce the drug hydroxychloroquine as extremely dangerous, even though the FDA has ruled it safe for the last half-century. Why do they condemn a medication already being used effectively on COVID-19 patients worldwide and which many frontline physicians themselves take prophylactically – especially at a time when the world is desperate for effective therapies that might help those infected with the highly contagious coronavirus? For one reason only: Because President Donald J. Trump, whom the left detests and lives to destroy, has spoken approvingly about it and even took a two-week regimen of the medication under the guidance of his doctor.

The groundbreaking issue is titled “THE LEFT’S WAR ON SCIENCE: Democrats’ pretense of ‘following the data’ masks a grand scheme to turn America socialist.” 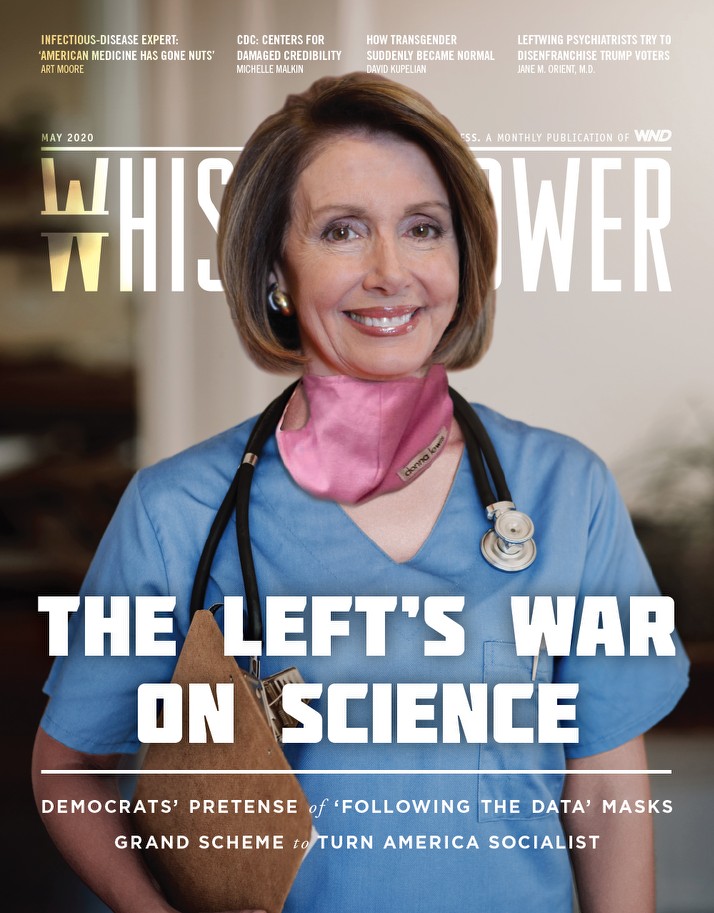 Highlights of “THE LEFT’S WAR ON SCIENCE” include:

“Science,” observes Whistleblower Editor David Kupelian, “is a search for truth and genuine knowledge. The research findings reached by a real scientist may not be what he anticipated, and may even uncomfortably challenge his assumptions and personal convictions. But no matter, because all that counts for a real scientist is discovering what is actually true and factual.

“This is literally the exact opposite of what animates the left, whose worldview has come to possess today’s Democratic Party. As author and talk host Dennis Prager puts it, ‘Truth has never been a leftwing value.’

“By its very nature," adds Kupelian, "the left does not care about objective truth or scientific fact or the lessons of history or the laws of economics or understanding human nature or God or biblical morality or respecting individual God-given rights. Rather, the left is messianically obsessed with ignoring all of this, playing god and radically transforming society into a utopia that exists only in their imagination.” 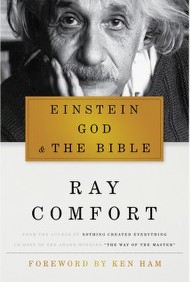 You’ll receive a hardcover copy of the sensational book “Einstein, God and the Bible” by Ray Comfort.

"I am not an atheist," said Albert Einstein. Nevertheless, many celebrity atheist websites claim Einstein as their own. But what did the genius scientist really believe? In "Einstein, God and the Bible," international evangelist and bestselling author Ray Comfort explores the mysterious life of this great scientist. Putting to rest once and for all the questions about Einstein's beliefs, Comfort presents a strong case, in Einstein's own words, for the existence of God.

This is the book that sparked the award-winning movie "180"! Chapters include "Einstein's History: The Early Years," "Answering Einstein' Difficulties," "Skeptics: Difficulties With the Bible and Intelligent Design" "The Seven Most Important Questions You Will Ever Be Asked" and "The Fear of Dying: Einstein's Last Words."

About the author: Ray Comfort is a Christian apologist, bestselling author, effective street evangelist and founder of Living Waters Ministries. He is the author of more than 70 books, including "Hitler, God and the Bible," "You Can Lead an Atheist to Evidence but You Can't Make Him Think," "Nothing Created Everything" and "The Evidence Bible."

If you prefer, you may order a single copy of the May 2020 issue, “THE LEFT’S WAR ON SCIENCE.” Or GET THE DIGITAL VERSION HERE!