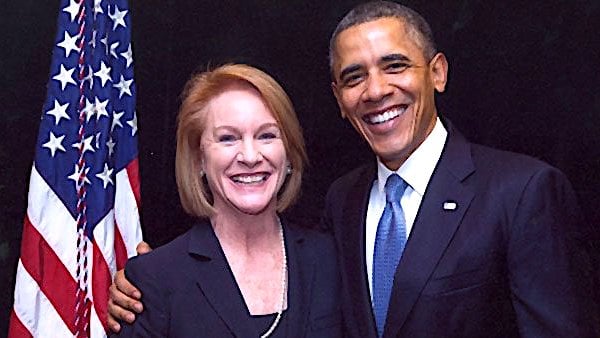 Seattle Mayor Jenny Durkan asserted Sunday night that “white men” are responsible for much of the widespread destruction across the country during protests against the death of George Floyd, a black man who died after an officer kneeled on his neck for several minutes.

“I want to acknowledge that much of the violence and destruction, both here in Seattle and across the country, has been instigated and perpetuated by white men,” she wrote Sunday night on Twitter, adding that they “experience the height of privilege and are co-opting peaceful demonstrations.”

I want to acknowledge that much of the violence and destruction, both here in Seattle and across the country, has been instigated and perpetuated by white men.

Durkan is not the only person blaming white people for much of the violence.

MSNBC host Joy Reid was among several media pundits and politicians who suggested the protests are going awry partially because white supremacists are getting involved.

Another view of protestors trying to smash their way inside the cab of the truck on Minneapolis 35W: pic.twitter.com/GYtER4jefj

BuzzFeed reporter Brianna Sacks reported Sunday afternoon that one woman in Santa Monica, California pleaded with looters not to smash and grab private property, telling them: “We don’t want Trump re-elected, please don’t do this.” Sacks reported that most of the businesses on 4th street in Santa Monica were looted.