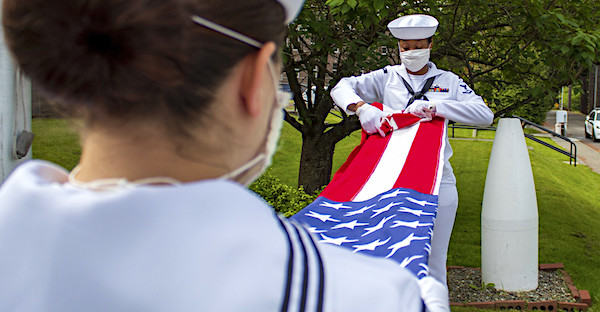 Longtime liberal constitutional law professor Jonathan Turley warns that free speech is taking some serious hits amid the response to the death of George Floyd in police custody.

"In three decades of teaching, I have never seen the level of intolerance for free speech that we are seeing across the country," he wrote on his website.

The professor, Gordon Klein, argued that "special treatment" for black students would "run afoul" of Martin Luther King Jr.'s "admonition" to not judge people based on the color of their skin.

Thanks for your suggestion in your email below that I give black students special treatment, given the tragedy in Minnesota. Do you know the names of the classmates that are black? How can I identify them since we’ve been having online classes only? Are there any students that may be of mixed parentage, such as half black-half Asian? What do you suggest I do with respect to them? A full concession or just half? Also, do you have any idea if any students are from Minneapolis? I assume that they probably are especially devastated as well. I am thinking that a white student from there might be possibly even more devastated by this, especially because some might think that they’re racist even if they are not. My TA is from Minneapolis, so if you don’t know, I can probably ask her. Can you guide me on how you think I should achieve a “no-harm” outcome since our sole course grade is from a final exam only? One last thing strikes me: Remember that MLK famously said that people should not be evaluated based on the “color of their skin.” Do you think that your request would run afoul of MLK’s admonition? Thanks, G. Klein

Turley said many faculty "have supported the increasing limits on free speech and academic freedom on campus."

"There has been a startling erosion of such protections for those with opposing views at universities and colleges," he said. "Many faculty are intimidated by the response in these controversies and fear that supporting academic freedom or free speech will result in their being labeled racist or lacking of empathy."

He said universities are sending a message "to other academics that they cannot expect the protections of the universities in such controversies."

During the suspension of Klein, UCLA's Anderson School of Business has launched an investigation and the university has apologized.

While that controversy is inside academia, Turley noted that online censorship is expanding, citing Twitter's flagging of some of President Trump's recent tweets.

Now, Turley noted, GoFundMe "has taken it upon itself to censor causes that it views as offensive in closing down a fundraiser by conservative political commentator Candace Owens in support of an Alabama cafe whose co-owner criticized the George Floyd protests."

"The question again is not whether we agree with such sentiments but the free speech implications of these forms of private censorship," Turley said.

"Rather than respond to such controversial statements, critics today focus on silencing the speakers or barring their views or causes to be heard by others. What is interesting is that, by abandoning neutrality, GoFundMe is now affirming that it does regulate content and will face demands for more such action. That could undermine the position of these companies against the loss of immunity under Section 230 of the Communications Decency Act."

Turley argued that Dykes "was expressing his personal view and the result is that he was given death threats and the cafe boycotted."

Turley said he's concerned about "the role of previously neutral forums to engage in content based private censorship."

"Both the owner and Owens were expressing their views of Floyd. Many other have expressed equally controversial opinions about police officers, Trump, and others. Will they all be now banned from raising charitable donations?"

He said his approach to free speech is simple: "The solution to any bad speech is good speech, not silencing of those with whom you disagree."