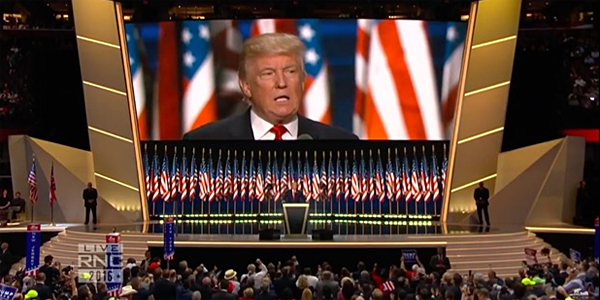 Hundreds of Florida doctors warned of the potential consequences of hosting the Republican National Convention in a letter to Jacksonville Mayor Lenny Curry and the city council, according to Fox News.

The convention is scheduled to take place from Aug. 24 to Aug. 27 in Jacksonville, with around 40,000 people expected to be in attendance, according to the letter.

Due to Florida’s current spike in coronavirus cases, the letter suggests that the event should either be “very significantly reduced in numbers” or postponed, Fox News reported.

“Allowing this number of people to descend on Jacksonville is unequivocally provocative of disease, predictably harmful, and medically disrespectful to the citizens of this city, much less the rest of the country. There will be increased hospitalizations, long-term health problems, and deaths,” said the letter, posted by local station FOX13. “It is extremely dangerous and contrary to current public health recommendations to stage a large event in an area where the number of cases is surging.”

The letter also recommended that Jacksonville follow in the direction of other Florida cities, such as Miami, Tampa and Orlando, in mandating the use of masks and social distancing prior to the convention.

The RNC was moved from Charlotte, N.C. to Jacksonville after Democratic Gov. Roy Cooper advised the Republican Party to plan for a “scaled down” convention in Charlotte. Despite the recommendations of multiple health experts, the RNC was moved to Florida so that it could be hosted at full capacity.

RNC just sent this letter to Governor Roy Cooper. GOP officials are asking for the ability to hold 19,000 in the Spectrum Center. They also want hotels, restaurants and bars to be able to operate at full capacity. They want Gov Cooper to let them know if this is possible by Wed pic.twitter.com/qYAs0PAxSS

Should the Republican National Convention be held in person amid the coronavirus pandemic?
90% (27 Votes)
10% (3 Votes)

“Packing 19,000 persons, from 50 states and DC, into an arena for four days during an ongoing pandemic would be grossly irresponsible,” Rutgers University microbiologist Richard H. Ebright told the DCNF on June 3. “With most of the 19,000 participants, including the candidates, being over age 50 and thus at higher risk of infection, it would not be surprising to see hundreds of new infections, possibly including the candidates,” Ebright said.

Florida continues to see a spike in coronavirus, reporting 25,000 cases in five days on June 26, according to the Tampa Bay Times. The state has since banned the consumption of alcohol at bars in an effort to curb the increase in cases.