In a landmark ruling Monday, the U.S. Supreme Court redefined "sex" in Title VII of the Civil Rights Act, ruling 6-3 that employers can no longer discriminate on the basis of "sexual orientation" or "gender identity."

When the law was passed in 1964, Congress understood "sex" to mean male and female biologically. But now, for example, an employer can't fire a male employee for dressing like a woman on the job.

The ruling covered three cases. In one, a Michigan funeral home worker was fired after he began coming to work dressed as a woman and calling himself Aimee Stephens. In Georgia, county worker Gerald Bostock was fired as a child welfare advocate for conduct "unbecoming" a county employee after he joined a gay softball league. In the third case, New York skydiving instructor Donald Zarda was fired days after mentioning he was homosexual.

"An employer who fires an individual for being homosexual or transgender fires that person for traits or actions it would not have questioned in members of a different sex," Associate Justice Neil Gorsuch wrote in the majority opinion.

"Sex plays a necessary and undisguisable role in the decision, exactly what Title VII forbids."

In dissent, Justice Samuel Alito, joined by Clarence Thomas, charged the majority was exceeding its role as the interpreter of the Constitution. 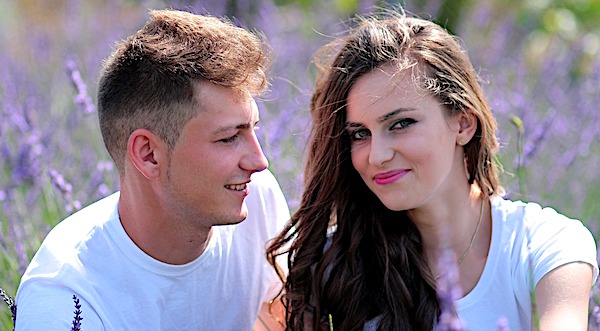 Alito pointed out that the body responsible for legislation, the Congress, has proposed such measures, but they have failed.

Alito argued that because Congress has not expanded the definition of sex in Title VII, the "prohibition of discrimination because of 'sex' still means what it has always meant."

"But the court is not deterred by these constitutional niceties. Usurping the constitutional authority of the other branches, the court has essentially taken H.R. 5's provision on employment discrimination and issued it under the guise of statutory interpretation," he said.

"A more brazen abuse of our authority to interpret statutes is hard to recall."

Analysts have feared such a ruling would destroy the advances made for women's rights in recent decades, because it would allow a man to co-opt those rights.

"Americans must be able to rely on what the law says, and it is disappointing that a majority of the justices were unwilling to affirm that commonsense principle," said ADF spokesman John Bursch.

"Redefining ‘sex’ to mean ‘gender identity’ will create chaos and enormous unfairness for women and girls in athletics, women’s shelters, and many other contexts," he argued. "Civil rights laws that use the word ‘sex’ were put in place to protect equal opportunities for women. Allowing a court or government bureaucrats to redefine a term with such a clear and important meaning undermines those very opportunities — the ones the law was designed to protect."

The Supreme Court had been warned of the consequences of such a decision.

A petition filed in the Michigan case with the Sixth Circuit said: "Employment reserved for women – like playing in the WNBA or working at a shelter for battered women – now must be opened to males who identify as women," Bursch said. "The same is true of sports and educational opportunities under Title IX. The Sixth Circuit's ruling impedes women's advancement. ... In sum, the Sixth Circuit ushered in a profound change in federal law accompanied by widespread legal and social ramifications."

A petition from nine people who have experienced the dysphoria that causes people to desire to identify as the opposite gender also have warned the justices of the problems such a ruling would create.

They related their own life experiences in the brief.

"Hacsi Horvath is a male who identified as a transgender female for over 12 years. Mr. Horvath is an expert in clinical epidemiology and researcher at USC and now warns people of the risks and dangers associated with sex-reassignment surgery."

The former transgenders wrote: "This emerging group of people with gender identity issues are suffering from emotional, psychological, or social identity discomfort far deeper than new pronouns can rectify.

"Doctors admit they do not know who will remain gender-dysphoric long term, yet they condone gender identity change, socially or medically, for youths and adults.

"This is abuse. It is abuse to tell a person he or she can select a gender and truly become the opposite sex. It is a false hope. Such a suggestion is factually a lie, a lie with life-long destructive ramifications.”

Those seeking a change in the definition of sex are suffering from a "false belief that they really are a different sex than their biology."

Affirming such afflictions is "more likely to cause harm than good," they said.

Alito called the majority's conclusions "preposterous," because the court's job is "to interpret statutory terms to 'mean what they conveyed to reasonable people at the time they were written.' If every single living American had been surveyed in 1964, it would have been hard to find any who thought that discrimination because of sex meant discrimination because of sexual orientation – not to mention gender identity, a concept that was essentially unknown at the time.

"No one should be fooled," the dissent said. "The court's opinion is like a pirate ship. It sails under a textualist flag, but what it actually represents is a theory of statutory interpretation that Justice Scalia excoriated – the theory that courts should 'update' old statutes so that they better reflect the current values of society."

Alito said the question was not whether gender identity should be protected, the question "is whether Congress did that in 1964."

"It indisputable did not."

The American Civil Liberties Union, which fought for the special LGBTQ accommodations, said the ruling was "the result of decades of advocates fighting for our rights."

It conceded that the decision was essentially a political statement, as the court now "has caught up to the majority of our country."