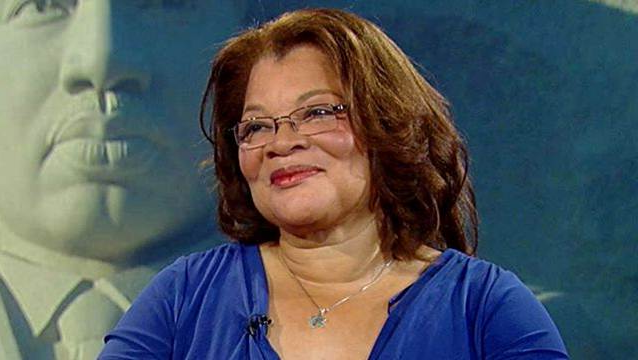 Former Vice President Joe Biden spoke from a different reality when he commented that George Floyd’s death has had a greater worldwide impact than Martin Luther King Jr.’s assassination, King’s niece said in an exclusive interview with the Daily Caller News Foundation.

Advocate, activist, author, and speaker Alveda King reacted the presumptive 2020 Democratic nominee’s statement Thursday that “even Dr. King’s assassination did not have the worldwide impact that George Floyd’s death did.”

“I believe that Mr. Biden continues to speak from his basement, from a reality that is different from what’s happening in the real world,” King told the DCNF over the phone. “Why is it necessary to compare Martin Luther King Jr. and George Floyd?”

King emphasized that both Floyd and her uncle shared a commonality in that they were “both from God fearing families,” saying that this is “something Mr. Biden should recognize.”

Floyd died in Minneapolis police custody May 25 after an officer knelt on his neck for more than 8 minutes, according to a video. Since his death, cities across the U.S. as well as in Europe and Australia have seen protests, sometimes leading to rioting and looting.

King said Floyd’s death was unjust, as was her uncle’s and her own father’s.

“Jesus Christ hung on the cross between two felons, one felon said, ‘remember me’ and Jesus said to him, ‘you will be with me in paradise today,'” she added. “That’s Jubilee. That’s what Jesus was about. That’s what Martin Luther King Jr was about.”

“I wonder if Uncle Joe, as they call him, understands Jubilee and redemption,” she added.

“My daddy, AD King was killed and my uncle Martin was killed. But I lived through those race wars and I saw each of them in their own way. They taught me how to be Christ-like and nonviolent. So that means I answer pain, and agony, and anger, and injustice with faith, hope and love. And that’s what the leaders of this nation need to be doing — to continue to speak hope, speak truth, and to listen to the pain,” King said.

AD King was present when his brother was murdered in Memphis, Tennessee in 1968, and Alveda King says that her father was also killed.

“They killed my brother. I’m gonna find out who did it,” Alveda King overheard her father say over the phone on the night of July 20, 1969, the Seattle Times reported. The next morning, AD King’s body was discovered at the bottom of the family’s swimming pool.

King described to the DCNF how her family’s house was bombed in 1963 when she was 12 years old. Her father stood on a car and told those who came to avenge the bombing, “I would rather you go home and pray,” she said.

“We were in the house when it was bombed,” she said, referring the DCNF to a video describing the incident. “I lived through that moment,” she said.

Like her father, King says she advocates for love over violence.

“We can’t be color blind,” she added. “You need to see color. God designs color. And it’s a beautiful distinction, but it’s designed for us to live together.”

When one of King’s caucasian friends asked how to respond to her neighborhood putting up Black Lives Matter Signs, King said she told her to get the biggest sign possible and put it on her lawn with a biblical quote: “Love never fails.”

The Biden campaign did not immediately respond to a request for comment.