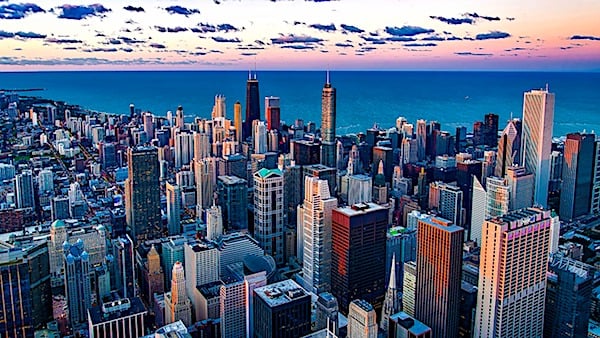 Already roiled by violent protests in response to the death of a Minneapolis black man, Chicago experienced its single most violent day since it began keeping records 60 years ago, with 18 murders in 24 hours.

The Chicago Sun-Times reported 25 people in the city were killed over the weekend, and another 85 were wounded. The 18 deaths were Sunday.

"We've never seen anything like it, at all," said Max Kapustin, the senior research director for the University of Chicago Crime Lab.

The Sun-Times cited some of the victims: a hardworking father, a West Side high school student, a man killed amid South Side looting at a cellphone store and a college freshman who hoped to become a correctional officer.

"In a city with an international reputation for crime — where 900 murders per year were common in the early 1990s — it was the most violent weekend in Chicago’s modern history, stretching police resources that were already thin because of protests and looting," the Sun-Times said.

Rev. Michael Pfleger, who has crusaded for years against gun violence, said it appeared that it was "open season" since no police appeared at trouble spots.

"Pfleger noted the systemic problems that have plagued minority communities for decades — like joblessness, food insecurity and a lack of housing — were already heightened by the COVID-19 outbreak, which he said 'made a bad situation worse,'" the report said.

Pfleger called it a "time bomb."

The New York Post reported police officials had canceled time off for all officers because of the increased violent and criminal activity.