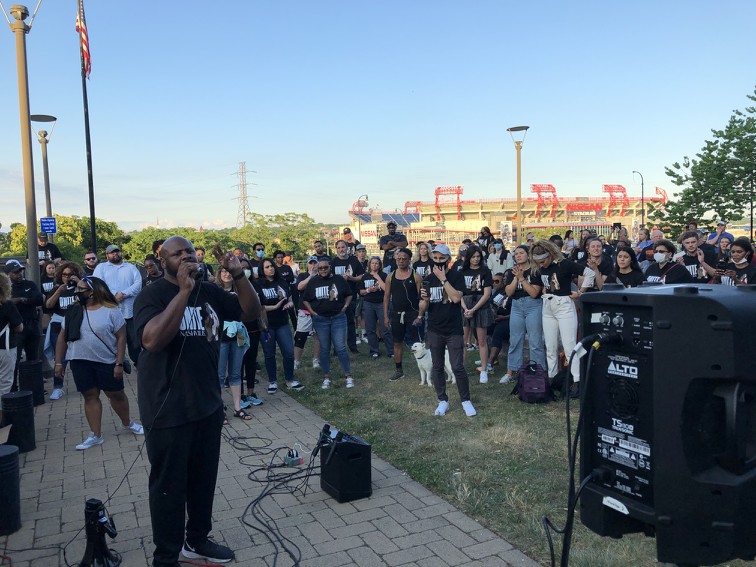 Sunday evening in Nashville, the capital of Tennessee, multitudes gathered on the Capitol grounds culminating seven successive days of prayer and praise countering the chaos. Beginning once again on the grounds of the courthouse, multitudes of intercessors peacefully passed Black Lives Matter activists in a prayer vigil on the way to the seat of our legislative body.

The week was reminiscent of what took place in Jericho when God directed His people to march for six days around the city and then on the seventh day to do it again but this time lifting up a shout of praise! God caused the formidable walls to collapse, enabling His people to secure the victory!

What took place then and what was repeated in Music City most likely appeared like foolishness to the natural mind. Multitudes of peaceful and pleasant-faced Christians prayer-walking by assembled police and BLM demonstrators may have triggered similar thoughts. But after an explosive eruption a week ago, the entire city certainly rejoiced that our experience was nothing like that of cities like Minneapolis, Seattle, Portland, Atlanta and scores nationwide. The multitudes of black and white prayer warriors who participated – and I was privileged to be one of them – believe we experienced divine intervention in moving a mountain out of our way.

I have had the honor of serving on the board of Intercessors for America launched by Derek Prince and Ern Baxter almost 50 years ago. The biblical passage that has been the core of our mission is 1 Timothy 2:1-4. I believe, from personal experience, this is one of the most neglected directives in the entire New Testament.

"FIRST OF ALL [emphasis mine] then, I urge that entreaties and prayers, petitions and thanksgivings, be made on behalf of all men, for kings and ALL WHO ARE IN AUTHORITY [emphasis mine] in order that we may lead a tranquil and quiet life in all godliness and dignity. This is good and acceptable in the sight of God our Savior, who desires all men to be saved and to come to the knowledge of the truth."

By divine revelation, the apostle Paul in this passage gave instruction to the younger apostle Timothy on how God's people were to conduct themselves in the church. In assembling together the priority was put on praying for civil authorities so the people of God have good government and enjoy a tranquil environment, enabling them to freely proclaim the gospel and see God's will fulfilled for multitudes to be saved!

But crisis brings clarity! And today in the midst of the unprecedented crises we've been experiencing, many pastors and people are having a "woke" moment to take this seriously. That's really good news! 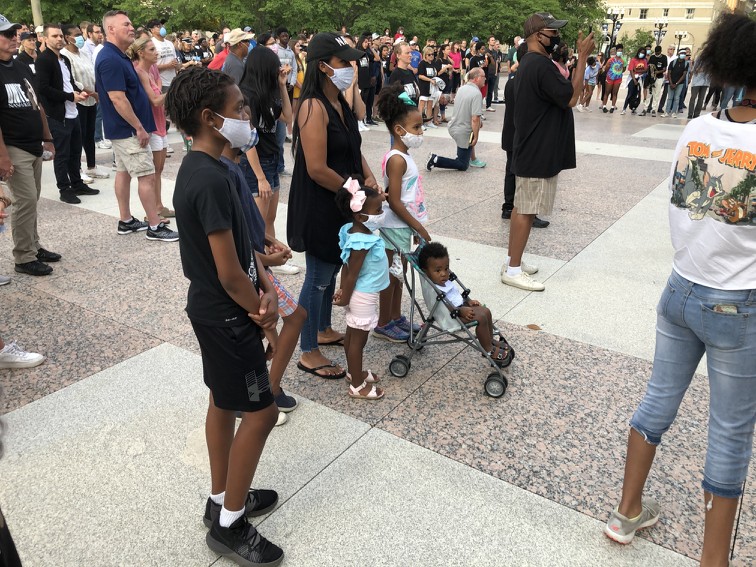 In Tennessee our motto is the "Volunteer State." For the approximately 500 that gathered on Sunday night to conclude our week of intercession during these turbulent and tense times, a verse comes to mind. "The Lord will stretch forth Thy strong scepter from Zion, saying, 'Rule in the midst of Thine enemies. Thy people will volunteer freely in the day of Thy power' …"(Psalm110:2-3 NAS).

We dared to believe that by taking our place as "watchmen on the wall" (Isaiah 62:6), repenting of our sins (2 Chronicles 7:14), knowing "our fight is not against flesh and blood, but against principalities, against powers, against the rulers of the darkness of this world" (Ephesians 6:12-13) and "When the righteous are in authority, the people rejoice; but when the wicked rule, the people mourn" (Proverbs 29:2), we could come together in faith and witnessed a quick cessation of the anarchy, looting, violence and unrest.

As we knelt together on the grounds of our Capitol building, I scanned the diversity displayed amongst the intercessors; approximately half black and half white men, women, youth and children loving God and each other. Probably half wore T-shirts with words emblazoned on the front: "Unite Nashville" next to two hands clasped together in prayer – one black and one white.

As Christians we know the root problem of our racial divide is sin. The solution is the new birth experience transforming our hearts as we yield our lives to Jesus, the "Prince of Peace" who alone can bring us together.

We left grateful for the calm that came over our city, and we know we played a significant part by responding to what God called us to do in being "salt" here in Music City USA.

I drove home remembering a song by a man who has a supper club not far from where we assembled. Maybe you recall the lyrics from the classic song by Ray Stevens who inspired us to envision what God intends for us in the "new heaven and a new earth" (Revelation 21:1) when He finally returns.

"Everything is beautiful in its own way. Like a starry summer night on a snow-covered winter's day. And everybody's beautiful in their own way. Under God's heaven the world's gonna find a way."

Here's the Deal: In the midst of these turbulent times, let's all do our part to tell others about Jesus so that they may, like us, realize Him truly as the way.