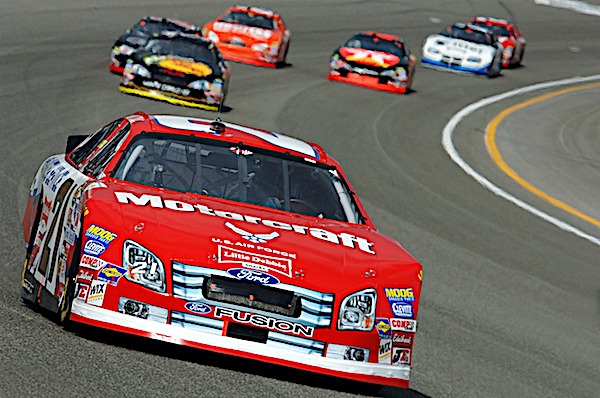 The NASCAR community was outraged this week by a report that a "noose" was found in the garage of Bubba Wallace, a black driver.

An investigation was launched, the FBI was called in and the perpetrator was threatened with being "eliminated from the sport."

One Twitter user posted a comment on the NASCAR announcement: "No way anyone would do that with all the security cameras and people with camera phones all around. They would be fired and canceled immediately."

Wallace, however, said he was offended that anyone would suggest there is no controversy.

"It offends me that people would go to those measures but again, I'm not shocked," he said.

But NASCAR "needs to respond to these photos suggesting the Bubba Wallace 'noose' was really just a rope used to close the garage door," challenged Twitchy, which aggregates news on Twitter.

The photos were posted by Twitter user James E. Beatty:

#nascarnoose solved. These images are all from the garages at Talladega SuperSpeedway.

Image 1 shows rope “nooses” are affixed to every garage bay door as a pull down.

Image 3 is of bay 4 after the incident. Notice the rope is cut. pic.twitter.com/2rHdSdgtOo

"NASCAR, what say you?" Twitchy asked.

No evidence has been released.

But Fox News reported late Tuesday the FBI said that while it found a "noose" in Wallace's garage, it had been there since at least last year.

One Twitter user said: "I truly hope this is not true. We aren't this stupid as a society. Please tell me it hasn't gotten this bad. Do we have a 100% denial from NASCAR on this??"

Another wrote: "If the Bubba Wallace noose story is real, it is appalling, of course. But without a photo, I'd give it a 5% chance of being real."

Newsweek said "right-wing activists" were comparing Wallace to Jussie Smollett, the actor who apparently faked an attack on himself in Chicago.

"How much u wanna bet we never see a single security tape of the garage, while the garage contains MILLIONS OF DOLLARS worth of equipment," No Mercy podcast host Tommy G wrote on Twitter. "This has Jussie Smollet [sic] written all over it. Just stop using the same playbook please. Can u switch it up? I'm not buying this. Sorry."

Washington Times columnist and FOX 5 contributor Tim Young, meanwhile, said it would be "super easy" for NASCAR to prove whether the incident was real.

He explained one needs credentials to get into the garages at the Talladega Superspeedway.

"There are cameras everywhere, he said.

"A massive crowd pushed and followed Wallace's No. 43 car as he sat in the driver's seat during pre-race activities. Wallace, NASCAR's only full-time black driver, then exited the car and embraced Hall of Fame driver Richard Petty, who owns the team Wallace races for and had not attended a race during the coronavirus pandemic," the network reported.

.@BubbaWallace tells us his fellow NASCAR drivers and their teams rallying around him before yesterday’s race shows “that love is way stronger than hate.”

“We always show the utmost respect off the racetrack and in times of need, in times of support.” https://t.co/pJXFzthykA pic.twitter.com/QSom7iG3wt

Wallace's comments on "The View":

.@BubbaWallace on those who believe the noose incident was staged: “It’s simple-minded people like that, the ones that are afraid of change, they use everything in their power to defend what they stand up for... instead of trying to listen and understand what’s going on.” pic.twitter.com/FikMntalwO