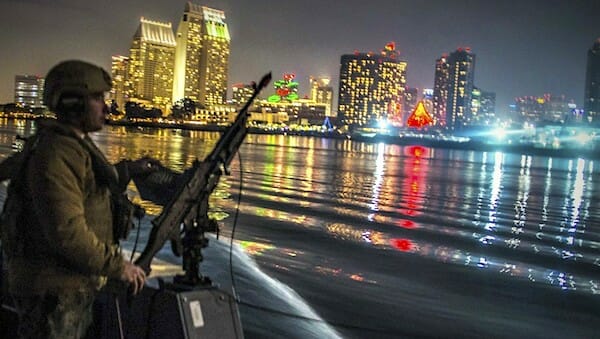 A defiant New York state attorney general threatened to sue President Trump if he deploys the U.S. military in response to the violent protests sparked by the death of George Floyd.

"The President of the United States is not a dictator, and President Trump does not and will not dominate New York state," said Attorney General Letitia James in a statement Monday, DailyMail.com reported.

"In fact, the president does not have the right to unilaterally deploy US military across American states," she said.

The state attorney general said her office will guard the right of peaceful protest and "review any federal action with an eye toward protecting our state's rights."

"Rest assured: We will not hesitate to go to court to protect our constitutional rights during this time and well into the future," she said.

Trump has not cited any constitutional power to deploy troops in American cites. But if he were taken to court, the argument likely would center on the Insurrection Act of 1807.

Under the law, the president can call in troops to suppress an insurrection at the request of a state's legislature, or the governor, if lawmakers cannot be convened.

"Whenever the President considers that unlawful obstructions, combinations, or assemblages, or rebellion against the authority of the United, make it impracticable to enforce the laws of the United in any by the ordinary course of judicial proceedings," the law states, "he may call into Federal service such of the militia of any, and use such of the armed forces, as he considers necessary to enforce those laws or to suppress the rebellion."

Prior to passage of the Insurrection Act, Congress in the 1790s passed Militia Acts that gave the president authority to call up militias, the precursor to federalizing the National Guard.

The 1807 law was amended in 1871 to allow the president to use it to enforce the Fourteenth Amendment, which granted citizenship to former slaves.

In 2007, the law was amended after Hurricane Katrina to make it clear that the president can call up troops in the case of natural disasters.

The law requires that before any troops can be moved, a proclamation must be issued to "order the insurgents to disperse and retire peaceably to their abodes within a limited time."

DailyMail.com pointed out that the legality of the deployment of troops is clear if a governor makes the request.

Otherwise, the president would need to demonstrate that people have been deprived of the basic rights protected by the Constitution or that an "insurrection, domestic violence, unlawful combination, or conspiracy' obstructs federal law."

Deploying troops to one state at a time, they cited the violation of the equal protection clause in the Constitution.