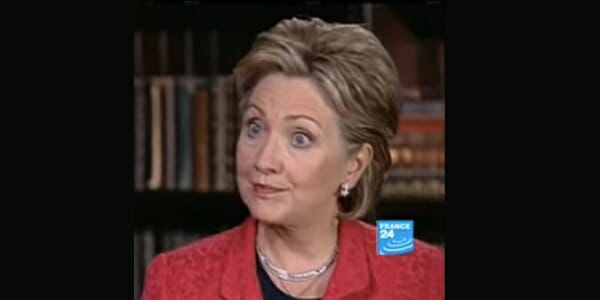 A new investigative book into the presidency of Bill Clinton found that while he granted a relatively low number of pardons, 50 directly aided allies of Hillary Clinton as she ran for the Senate.

The book, to be published June 30, is "Pardongate: How Bill & Hillary Clinton and Their Brothers Profited from Pardons" by Mark Hyman, an investigative reporter for Sinclair Broadcasting.

It was profiled by Paul Bedard in his "Washington Secrets" column in the Washington Examiner.

Bedard wrote that Bill Clinton "was the tightest president since Thomas Jefferson when it came to granting convicts pardons and prison sentence commutations."

"But all that changed when his wife, Hillary Rodham Clinton, decided to run for the Senate in 2000 and needed all the help she could get."

The author told Bedard that 50 of Clinton's eventual total of 457 clemency approvals "directly aided allies of Hillary Clinton, including many that helped in her 2000 New York Senate victory that paved the way for her two failed presidential campaigns."

Bedard described "Pardongate" as "the last of several scandals that plagued the administration and further sullied the former president’s reputation as he left office."

There were so many requests at the end of Clinton's term that "lawyers running the 11th hour operation resorted to internet searches to determine the 'fitness' of applicants."

But Hyman said none profited more than Hillary Clinton.

"It was Hillary Rodham Clinton who was the key influence behind the worst of the worst pardons and commutations that disgraced the office of the president, undermined the legal system and demonstrated that justice could be sold," Hyman wrote in the book.

Clinton received 7,489 petitions for clemency over his two terms and granted 457. Of those, 334 came during the final 10 months in office and 176 were on the last day.

Fifty had ties to Hillary Clinton.

Bedard said that at a time "when the media is hyper-focused on the pardons President Trump might grant to friends and allies tied to the Russia probe, Hyman’s book provides new proof that Pardongate will be hard to top in the scandal category."

Hyman found that Clinton granted clemency to 30 people who never asked for it.

Bedard wrote: "The most scandalous was for billionaire Marc Rich, the fugitive whose wife Denise who 'funneled' over $3 million to Clinton causes. His pardon came as Clinton handed the keys to the White House to George W. Bush, a day in which the Democrat would pardon 176, including his brother Roger and key Whitewater scandal figure Susan McDougal."