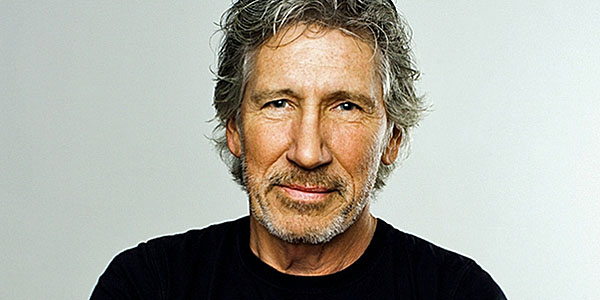 But he has a new one: The IDF is sending soldiers to the U.S. to teach police how to kill blacks by kneeling on their necks.

He was addressing the recent death of George Floyd, a black man, at the hands of Minneapolis police. An officer kneeled on his neck until he passed out, and he later was pronounced dead.

That, Waters claimed, is "a technique invented by the [Israel Defense Forces]."

"The Israelis invented (the method), 'let's kill people by kneeling on their necks'," he claimed. "That is an Israeli technique taught to the militarized police forces of the USA by Israeli experts who the Americans have been flying over to the United States to teach them how to murder blacks because they’ve seen how efficient the Israelis have been at murdering Palestinians in the occupied territories by using those techniques, and they are proud of it. The Israelis are proud of it."

The Times of Israel has reported Waters, a bassist and vocalist, "is known for publicly harassing artists scheduled to visit Israel or perform here."

He was branded in 2013 an anti-Semite by the Anti-Defamation League.

He's compared Israeli treatment of the Palestinians to Nazi Germany, and the ADL found his "anti-Semitic conspiracy theories" have "seeped into the totality" of his views.

"Judging by his remarks, Roger Waters has absorbed classic anti-Semitic conspiracy theories, and these have now seeped into the totality of his views," Abraham H. Foxman, the then-national director of the ADL, said to the Times. "His comments about Jews and Israel have gotten progressively worse over time. It started with anti-Israel invective, and has now morphed into conspiratorial anti-Semitism."

"How sad that a creative genius could become so perverted by his own narrow-minded bigotry," Foxman said.

"The ambassador [to Israel], Greenberg [sic] I think his name is," Waters said. "Sheldon Adelson is the puppet master pulling all of the strings. And Sheldon Adelson is a right-wing fascist racist bigot who doesn't understand the first thing about the idea that human beings might have rights. Sheldon Adelson believes that only Jews - only Jewish people - are completely human. That they are attached in some way."

His rant went on: "[He believes that] everybody else on Earth is there to serve them. Sheldon Adelson believe this. I'm not saying Jewish people believe this. I am saying that he does, and he is pulling the strings. So he has this strange - he thinks - biblical construct in his head, that somehow everything will be all right in the world if there is a Greater Israel, which takes up the whole historic Palestine and the Kingdom of Jordan — puts it all together and calls it Israel and gives it only to the Chosen People... He is crazy. This is a crazy, crazy, crazy guy. Unfortunately. This crazy, crazy, crazy guy is also incredibly rich and has the tiny little - I nearly said the P-word that is used to describe the male genitals – p---- of Donald Trump in his pocket."

"Zionism is an ugly stain, and it needs to be gently removed by us."