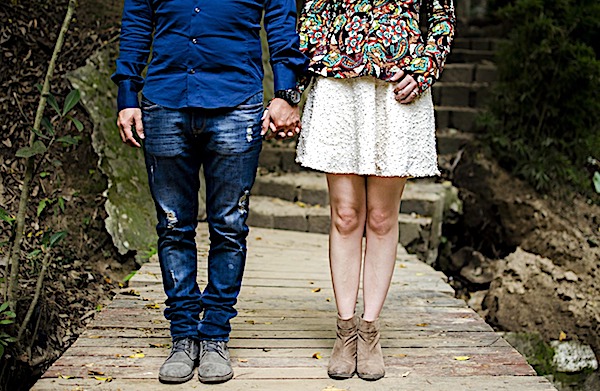 Redefining the word "sex" in the Civil Rights Act, as the Supreme Court did Monday, will have "far-reaching consequences" regarding bathrooms, schools, women's sports and much more, wrote Associate Justice Samuel Alito in dissent.

The 6-3 majority opinion, written by Neil Gorsuch, said, "An employer who fires an individual merely for being gay or transgender violates Title VII."

Critics, including Mat Staver of Liberty Counsel, argued the opinion "departs from the clear language of Title VII and is no less than legislation from the bench."

Alito pointed out that more than 100 federal laws prohibit discrimination because of sex.

Now, men who say they are women have a legal basis to demand permission to use restrooms, lockers and shower rooms designated for women.

"For some, this may simply be a question of modesty, but for others, there is more at stake. For women who have been victimized by sexual assault or abuse, the experience of seeing an unclothed person with the anatomy of a male in a confined and sensitive location such as a bathroom or locker room can cause serious psychological harm," he said.

Further, female athletes may be forced to compete against students "who have a very significant biological advantage, including students who have the size and strength of a male but identify as female."

In housing, colleges could be sued if they refuse to assign students of the opposite biological sex as roommates.

Religious groups are not necessarily protected, either, he said.

"If a religious school teaches that sex outside marriage and sex reassignment procedures are immoral, the message may be lost if the school employs a teacher who is in a same-sex relationship," Staver said.

And regarding freedom of speech, it now could be a "punishable offense" for someone not to use someone's "preferred pronoun."

There's even a threat to

The opinion addressed three cases before the court brought by people alleging they were dismissed because they were gay or transgender.

The majority opinion acknowledge that "homosexuality and transgender status are distinct concepts from sex."

But it concluded it didn't matter that the original law didn't mention them.

Alito noted Congress repeatedly has considered adding sexual orientation and gender identity protections to the law but has refused each time.

Writing a separate dissent, Justice Brent Kavanaugh, wrote: "Like many cases in this court, this case boils down to one fundamental question: Who decides? Title VII of the Civil Rights Act of 1964 prohibits employment discrimination 'because of ' an individual's 'race, color, religion, sex, or national origin.' The question here is whether Title VII should be expanded to prohibit employment discrimination because of sexual orientation. Under the Constitution’s separation of powers, the responsibility to amend Title VII belongs to Congress and the president in the legislative process, not to this court."

He charged that other judges were usurping the role of Congress.

"The best way for judges to demonstrate that we are deciding cases based on the ordinary meaning of the law is to walk the walk, even in the hard cases when we might prefer a different policy outcome," he said.

"A plain reading of federal employment law is clear that it refers to biological male and female. The implications of today’s opinion could be far reaching, particularly with regard to ‘gender identity’ in sports and public accommodations," Staver said. "The original intent and meaning of the law is clear, and the common sense reading of ‘sex’ as male and female is made even more obvious by Congress repeatedly refusing to amend the law. When Congress refuses to amend its own law, courts have no authority to rewrite the law. Yet, that is what the majority of the Supreme Court did today."

Diane Gramley, president of the American Family Association of Pennsylvania, said: "Title VII of the Civil Rights Act of 1964 prohibits employment discrimination on any of five specified grounds: 'race, color, religion, sex, national origin.' In 1964 everyone knew, as anyone with any common sense today knows, there are only two sexes -- male and female and a Supreme Court decision will never change that. In 1964 the supporters of Title VII never intended for sexual orientation and gender identity -- both relatively new terms -- to be included. These six are not lawmakers, yet they have taken on that role. They have unconstitutionally redefined the language of a decades old law."

Penny Nance, CEO of Concerned Women for America Legislative Action Committee, said: "The majority of the court has effectively destabilized protections for women in federal law with this ruling. Today they invite federal lawsuits in every other area of federal law where the word ‘sex’ appears. Women will need to redouble their efforts to retain the protections that have cost us so much throughout the years. And that is exactly what we will do.

"The protections based on ‘sex’ in federal law were specifically enacted to protect women and strengthen justice, not threaten it because of the beautiful differences between males and females. But today, the court erases that and envisions a world where fundamental truths can be twisted to mean whatever the ‘woke’ culture of the times dictates.

"Worse, the court majority diminishes what it means to be a woman and the status and dignity of being female. This is not a left or right issue. Concerned Women for America rallied in front of the Supreme Court alongside radical feminists who boldly stood to ask the court to stand strong for women and not deviate from the truthful application of the word ‘sex’ in federal law.”

Family Research Council President Tony Perkins said: "The core issue before the court in this case was whether it is within the legitimate power of judges to suddenly redefine the meaning of words and rewrite a 55-year-old statute. Sadly, the court answered in the affirmative.

"Allowing judges to rewrite the Civil Rights Act to add gender identity and sexual orientation as protected classes poses a grave threat to religious liberty. We've already witnessed in recent years how courts have used the redefinition of words as a battering ram to crush faith-based businesses and organizations," concluded Perkins.

Peter Sprigg, FRC's senior fellow for policy studies, said, "When Congress prohibited employment discrimination based on 'sex' in the Civil Rights Act of 1964, both their intention and the plain meaning of the word indicated that they were prohibiting discrimination against an individual because the person is biologically male or biologically female.

"We are disappointed the Supreme Court chose to radically re-write the statute by expanding its meaning to cover 'gender identity' and 'sexual orientation.' The failure of LGBT activists to achieve their goals through the democratic process is no excuse to simply bypass that process and obtain their goal by judicial fiat instead," said Sprigg.