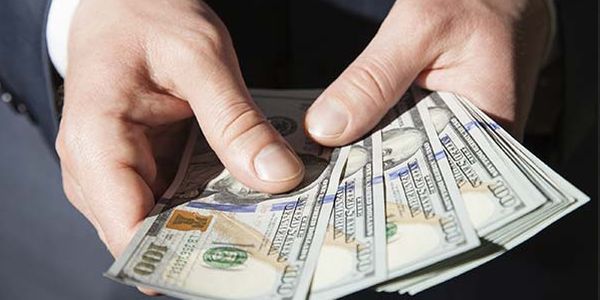 The woman who made allegations that led to the resignation of former Missouri Gov. Eric Greitens was bribed to lie under oath to oust the rising Republican star from office, according to a police source who spoke with the Gateway Pundit.

Greitens recently filed paperwork to run for statewide office again in 2024 after resigning amid accusations of an affair and of campaign finance irregularities. He was later cleared in the latter investigation.

The Gateway Pundit reported Katrina “Kitty” Sneed, a hairdresser, testified under oath that she secretly met with St. Louis Circuit Attorney Kim Gardner, a George Soros funded prosecutor, in a hotel room in January and February of 2018.

After the meeting, the prosecutor charged Greitens with felony invasion of privacy based on Sneed's claim that Greitens took a photograph of her undressed without her consent and threatened to blackmail her.

Greitens denied the allegation, and no image ever was discovered.

"Now, damning evidence has surfaced allegedly proving Sneed repeatedly perjured herself in her bid to frame the former governor and Navy Seal," the Gateway Pundit said.

"Sneed repeatedly lied under oath to corroborate her allegations," the blog said. "She claimed no one else had ever taken nude images her. She claimed that she never had an extramarital affair with anyone other than with Greitens, and she insisted that she 'could not recall' details of the prosecution’s alleged misconduct. Each of these claims is now being investigated."

Sneed and former husband Phil Sneed "regularly" sent graphic sexual images of themselves to friends, according to an investigation by special prosecutor Gerard Carmody.

Carmody is looking into Gardner's actions.

"The forensic evaluation of Sneed’s devices reveals she and her ex-husband repeatedly sent text messages accompanied by X-rated photographs, a police source with knowledge of the special prosecutor’s investigation told the Gateway Pundit. The messages indicate that the images are of Phil and Katrina Sneed engaged in graphic sexual activity," the Gateway Pundit said. "The officer, who asked that his name be withheld for security reasons, told Gateway Pundit the special prosecutor uncovered further evidence on Sneed’s devices proving she has engaged in other extramarital affairs."

Further, there are allegations that an investigator hired by Gardner made false claims during a sworn deposition and that the investigator now is under investigation for perjury and evidence tampering.

A portion of the $120,000 was used to benefit Katrina Sneed, sources with knowledge of Carmody's investigation told the Gateway Pundit.

There's evidence of a larger agenda, the report said.

Greitens record on Antifa stems from 2017, when Jason Stockley, a white police officer, was found innocent in the death of Anthony Lamar Smith, an African-American man.

At that time, Antifa radicals and anti-police activists descended on Missouri, but peace was maintained through a strong law enforcement presence and accommodations to allow peaceful protests, the report said.