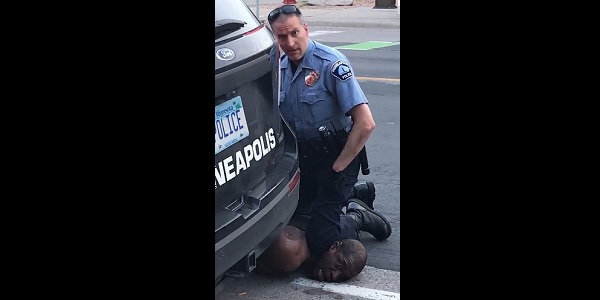 Fired and arrested Minneapolis police officer Derek Chauvin and the man who died while Chauvin had his knee on his neck, George Floyd, both worked at a Minneapolis club, according to KSTP-TV in Minneapolis.

The station reported Maya Santamaria, the former owner of the El Nuevo Rodeo club on Lake Street, revealed that Chauvin and Floyd both worked security.

Santamaria owned the building for many years and sold it only in the last few months.

"Chauvin was our off-duty police for almost the entirety of the 17 years that we were open," Santamaria said. "They were working together at the same time, it's just that Chauvin worked outside and the security guards were inside."'

The owner, however, could not confirm that the two knew each other, because there typically were a couple of dozen guards, including off-duty officers, on the payroll.

The circumstance, however, present the possibilty a personal issue influenced Chauvin's actions when he arrested Floyd for allegedly passing a phony $20 bill.

"My friend sent me (the video) and said this is your guy who used to work for you and I said, 'It's not him.' And then they did the closeup and that's when I said, 'Oh my God, that's him,'" Santamaria told KSTP. "I didn't recognize George as one of our security guys because he looked really different lying there like that."

DailyMail.com reported Santamaria did confirm there were events at which both men would have been working, "it's just that Chauvin worked outside and the security guards were inside."

According to Santamaria, Chauvin had a tendency to flash his temper and overreact to situations, the report said.

She described him as having "a real short fuse" and said that he sometimes used pepper spray on people when she didn't believe it was needed.