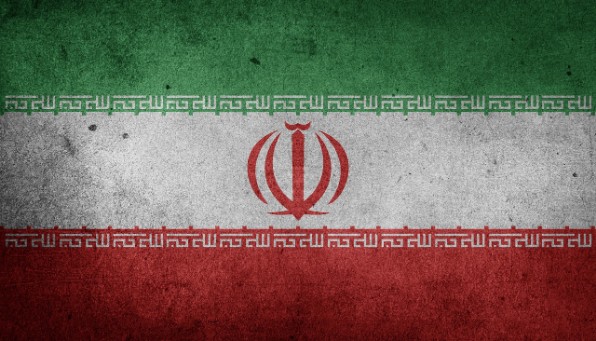 Iran has been hit with new U.S. sanctions since President Trump pulled out of the nuclear deal arranged by Barack Obama that sent $1.7 billion in cash to the rogue Islamic regime.

But it's not only the United States that is squeezing the nation's economy.

Iran is shooting itself in the foot, setting itself back at least a half century, by passing a law that bans products and technology developed by or produced in Israel, points out Saul Singer, co-author of "Start-Up Nation: The Story of Israel's Economic Miracle."

"They would have to go back to pen and paper, horses, and home visits by doctors with stethoscopes and World War II-era hospitals," he said in an interview with the Times of Israel.

With its impact on computers, the internet and smartphones, the move will make North Korea "look advanced and cosmopolitan," Singer said.

"Essentially, Iran would go back to the world of 50 years ago, maybe more. It would look like a huge Amish colony in Muslim garb," he said.

"If you count all the Fortune 500 companies that have critical development centers in Israel — including Siemens, an Iranian favorite, IBM, GE ... — there's not much left."

The legislation imposes a ban on all use of Israeli technology, even though Israel is among the world's technology leaders. President Hassan Rouhani this week ordered the implementation of the law, the Fars News Agency in Iran reported.

The Times explained the legislation brands any cooperation with Israel as an "act against God."

A legislative spokesman explained it requires all Iranian groups to "confront the Zionist regime's measures."

Under the law, any cooperation or spying for "the Zionist regime" is regarded as "equal to enmity towards God and corruption on earth."

In March, Breaking Israel News reported, Iran's Grand Ayatollah Naser Makarem Shirazi said it was allowable to use a future vaccine against the coronavirus even if it was developed by Israel.

But if the new law is scrupulously enforced, the report said, Iranians will be jailed for using Pampers diapers, Teva Pharmaceuticals, Hewlett Packard, Intel products, Motorola products including cell phones, universities in the U.S., medical technology of which Israel is a leader, USB flash drives, Voice over Internet Protocol (VOIP), Mobileye advanced driver-assistance systems, Waze, drip irrigation systems and many other products and scientific developments.

Fars said, "Based on the first article of the bill, all Iranian bodies are required to use the country’s regional and international capacities to confront the Zionist regime’s measures, specially its warmongering and terrorist moves, siege (of Gaza), settlement construction, displacing the Palestinian people and occupation of countries’ lands, including Golan."