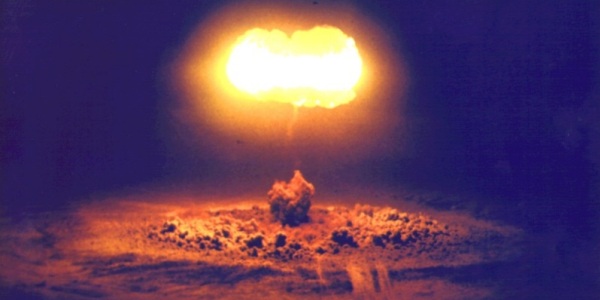 China has used stolen U.S. technology to build three types of weapons that could be used to destroy America's power grid in a "surprise Pearl Harbor" attack that could kill millions, according to a report from the independent EMP Task Force on National and Homeland Security.

WND has been reporting on the threat for two decades.

The report warns China now has a "network of satellites, high-speed missiles and 'super-electromagnetic pulse' weapons that could melt down the U.S. electric network, fry critical communications and stifle aircraft carrier groups," , reports Paul Bedard in his "Washington Secrets" column.

The EMP report was written by Peter Pry, the task force's executive director and a longtime expert on the threat. EMP, or electromagnetic pulse, is a high energy, short duration discharge of radiofrequency energy that can disable electromechanical devices.

Bedard reported, "What's more, despite China’s promises to attack only after being attacked, Pry revealed new data to show that the Communist nation is lying and eager to shoot first with 'high-altitude electromagnetic pulse' [HEMP] weapons launched from satellites, ships and land."

Pry explained the report said China's "military doctrine -- including numerous examples presented here of using HEMP attack to win on the battlefield, defeat U.S. aircraft carriers, and achieve against the U.S. homeland a surprise 'Pearl Harbor' writ large -- is replete with technical and operational planning consistent with a nuclear first-strike."

The report found China's People's Liberation Army textbook already preaches the need for such warfare: "With their massive destructiveness, long-range nuclear weapons have combined with highly sophisticated information technology and information warfare under nuclear deterrence. ... Information war and traditional war have one thing in common, namely that the country which possesses the critical weapons such as atomic bombs will have 'first strike' and 'second-strike retaliation' capabilities. ... As soon as its computer networks come under attack and are destroyed, the country will slip into a state of paralysis and the lives of its people will ground to a halt. Therefore, China should focus on measures to counter computer viruses, nuclear electromagnetic pulse ... and quickly achieve breakthroughs in those technologies in order to equip China without delay with equivalent deterrence that will enable it to stand up to the military powers in the information age and neutralize and check the deterrence of Western powers, including the United States."

Pry also pointed out that U.S. officials don't believe China's promise not to fire first, including Adm. Charles Richard, the chief of U.S. Strategic Command, who said just weeks ago he could "drive a truck through China’s no first use policy."

For years, Pry has been warning the nation and Washington officials of the dangers of EMP. Attacks could come either from a nuclear device detonated at high altitude over the country or naturally from various flares from the sun.

Bedard said those concerns once "resulted in eye-rolling by official Washington," but now President Trump and the Pentagon are taking the threat seriously.

Trump already has issued an executive order to boost preparedness for a possible EMP attack.

Such an attack, either by a nuclear device or solar event, could shut down massive sections of the electric grid, according to numerous studies. That would mean no financial transactions are possible, no truck transport to haul goods and food, no communications and much more. In short, it could threaten the lives of tens of millions of people.

The order also instructed departments and agencies to coordinate and streamline efforts, while fostering an environment, through administration leadership, that promotes private-sector innovation to strengthen critical infrastructure.

WND reported a federal assessment, "Surviving a Catastrophic Power Outage," warned that the United States' response plans and resources would be hugely "outmatched" by a catastrophic power outage, which could leave society in disarray and many people dead.

"We found that existing national plans, response resources, and coordination strategies would be outmatched by a catastrophic power outage," said the report.

"Significant public and private action is needed to prepare for and recover from a catastrophic outage that could leave the large parts of the nation without power for weeks or months, and cause service failures in other sections – including water and wastewater, communications, transportation, healthcare, and financial services – that are critical."

America's newly prioritized defensive efforts come, Bedard reported, "as China, Russia, North Korea and Iran move to build and deploy the weapons which, essentially, launch a nuclear weapon into the atmosphere to explode and disable electronics below, including flying aircraft."

Pry's previous reports have estimated an EMP attack on the East Coast electric grid could leave, within a year, 90% of the population dead from looting, lack of food and water, and desperation attacks.

Pry said, in his new report, China's armaments include a "Super-EMP" weapon, built with stolen U.S. military technology, which essentially is a nuke on a missile to use against ships and on the battlefield.

Then there are China's hypersonic missiles, sending a warhead at five times the speed of sound, and a network of satellites armed with nukes.

"The U.S. should be very concerned about a scenario where China uses nuclear space weapons, perhaps ICBMs and IRBMs with specialized warheads, to quickly sweep the skies of U.S. satellites, even at the risk of losing PRC satellites, which could then be replaced with a surge of satellites launched by China to capture the ‘high frontier’ and cripple U.S. military capabilities," Pry warned.

The Military Cyber Professionals Association also has been warning about the EMP threat.

It even described a "poor man's EMP nuke" that an "amateur or terrorist" organization could easily use to disable the infrastructure or the electric grid through devices such as a Tesla coil or a Marx generator.

An EMP event is "particularly toxic at lower energy levels to microprocessors and computers," MCPA said.

The threat from an EMP has been proven since the starfish hydrogen bomb test in 1962 knocked out 300 street lights and telephone service in Hawaii, 890 miles away.

"In 1962, most electrical systems were electromechanical. Today most systems are run by microprocessors/computers, and these devices are far more sensitive to EMP," experts confirm.

Also, William R. Graham, chairman of the Commission to Assess the Threat to the United States from Electromagnetic Pulse Attack, has warned that a one-day blackout would cost 574 lives due to a lack of emergency medical equipment powered by electricity.

But such an attack could turn the lights out for a year, he said.