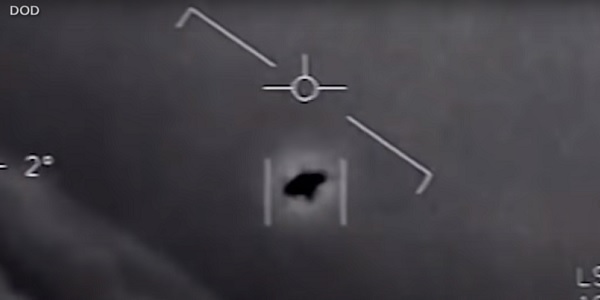 The Committee asked the Director of National Intelligence John Ratcliffe and Secretary of Defense Mark Esper among other agency heads to submit a report on previously detected “unidentified airborne objects” in relation to matters of national security and intelligence sharing between agencies, according to a document introduced to the Senate by Republican Florida Sen. Marco Rubio on June 17.

“The Committee remains concerned that there is no unified, comprehensive process within the Federal Government for collecting and analyzing intelligence on unidentified aerial phenomena, despite the potential threat,” the report said. The Committee requested a “detailed analysis” of data collected by human, geospatial, measurement and signal intelligence collected by each agency.

The Committee recognized that the intelligence might be sensitive, according to the report. However, the Committee said that “information sharing and coordination across the Intelligence Community has been inconsistent,” and that the issue “lacked attention from senior leaders.”

In response, the Committee requested that one official be identified to oversee “an interagency process for ensuring timely data collection and centralized analysis of all unidentified aerial phenomena reporting for the Federal Government,” regardless of which agency identifies the intelligence, the Committee said.

Senate Intelligence Committee wants a government-wide report in 180 days on #UFOs (or unidentified aerial phenomenon as they are now called). And it wants it to be unclassified. This is a big deal. Congress stepping in to force unified and public reporting. pic.twitter.com/uPdPtj37u2

The Committee is concerned with unidentified object’s potential ties to “adversarial” foreign governments and the possible threat to the U.S. military, according to the report. The Committee requested “identification of potential aerospace or other threats posed by the unidentified aerial phenomena,” and if the activity is conducted by foreign countries, according to the document.

In response, the Committee recommended “increased collection of data, enhanced research and development, and additional funding and other resources” to study any occurrence related to foreign “aerospace capabilities” that could endanger U.S. national security, according to the report.

Ratcliffe and Esper did not respond to the Daily Caller News Foundation’s request for comment.