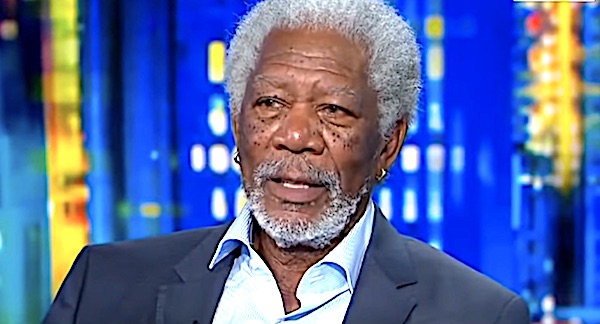 A 12-minute YouTube video provides a montage of interviews with black celebrities who offer an alternative view to the victim-centered narrative of "systemic racism."

"No," the A-list actor declared. "You and I. We're proof. Why would race have anything to do with it?"

In a Fox Sports interview amid the Colin Kaepernick anthem-protest controversy, rapper Lil Wayne was asked what he sees in day-to-day life among African Americans.

He said there are many blacks who wouldn't want to hear his answer, "because God knows I've been nothing but blessed."

"My whole path, these 33 years have been nothing but a blessing," he said.

"I have never, never is a strong word, I have never dealt with racism."

Fox News contributor David Webb quotes Booker T. Washington saying a century ago "there is a class of colored people who make a business of keeping the wrongs" and "don't want the patient to get well."

Freeman turns up again in another clip, this time with CBS News' Mike Wallace asking how to get rid of racism

Others are actors Will Smith and Denzel Washington, and talk radio host and author Larry Elder, who quoted Barack Obama saying the problem is fatherhood.

A black man without a father in his life is five times more likely to be poor and 20 more times likely to end up in jail, Elder said.