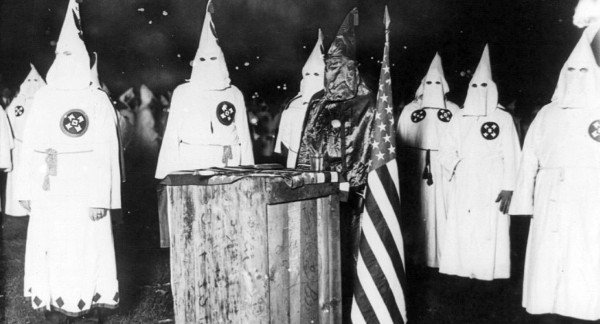 Amid the frenzied movement to remove historic symbols of racism and oppression, the Connecticut Republican Party is calling on its chief rival to get rid of the name "Democratic Party," citing in a resolution "the hundreds of years of racial oppression, violence, and multiple violations of human rights."

"We believe it is vital that every citizen know the truth about the so-called party of inclusion and acceptance," said the state GOP Chairman J.R. Romano in a press release reported by Breitbart News.

Roman argued that if Democrats want to hold Christopher Columbus accountable more than 500 years years later, "it is our duty and moral obligation to hold the Democratic Party accountable."

He pointed out that a recently as 1977, the party's presumptive presidential nominee, Joe Biden, sought the support of segregationists.

And Biden recently stated in an interview that black people who won't vote for him "ain't black."

"Statements like this bring back the ugly imaginary of political cartoons like 'Of Course He wants to vote Democrat Ticket,'" Romano said.

Are racial oppression and violence embedded in the history of the Democratic Party?
100% (460 Votes)
0% (2 Votes)

Romano noted that Democrats "around the country have been stripping buildings, monuments, and pictures from government halls, yet the atrocities rest with the Democratic Party as a whole."

"To kill the serpent you need to strike at the head," he said.

Carol Swain, a professor of political science at Vanderbilt, recounted the "inconvenient truth about the Democratic Party" in a video for Prager U.

She also noted the Republican Party was founded in 1854 as an anti-slavery party. Its initial aim was to stop the spread of slavery to the Western territories then abolish slavery entirely.

Notably, Swain said, in the 1857 Dred Scott Supreme Court case that declared slaves to be property and not citizens, the seven justices in favor were Democrats while the two who opposed the ruling were Republicans.