Hundreds of "protected areas," including some of the world's greatest wilderness resources, are being threatened by renewable energy projects, according to a new study.

The green projects are degrading 886 protected areas, 748 Key Biodiversity Areas and 40 distinct wilderness areas," according to the study, published online at ResearchGate.

Authored by Jose Andres Rehbein of the World Bank, and Joe Lane, James Watson and Laura Sonter of University of Queensland, the study explains: "Transitioning from fossil fuels to renewable energy is fundamental for halting anthropogenic climate change. However, renewable energy facilities can be land‐use intensive and impact conservation areas, and little attention has been given to whether the aggregated effect of energy transitions poses a substantial threat to global biodiversity."

They identified 2,206 fully operational renewable energy facilities within the boundaries of the conservation areas, with another 922 facilities under development.

"Two trends are particularly concerning. First, while the majority of historical overlap occurs in Western Europe, the renewable electricity facilities under development increasingly overlap with conservation areas in South East Asia, a globally important region for biodiversity. Second, this next wave of renewable energy infrastructure represents a ~30% increase in the number of protected areas and Key Biodiversity Areas impacted and could increase the number of compromised wilderness areas by ~60%."

They warned: "If the world continues to rapidly transition towards renewable energy these areas will face increasing pressure to allow infrastructure expansion. Coordinated planning of renewable energy expansion and biodiversity conservation is essential to avoid conflicts that compromise their respective objectives."

The outlook isn't good, they found.

"If nations pursue a singular focus on decarbonization through renewable energy expansion, they risk undermining the global mission to avert the biodiversity crisis which they have committed to via the United Nation's Sustainable Development goals," they wrote.

The researchers said there easily could end up being a "lose-lose" outcome for biodiversity and climate stabilization "if renewable energy developments led to the conversion of carbon-rich habitat (e.g. tropical forests."

The NoTricksZone blog said: "To avert climate change, the United Nations demands a 10-fold increase in renewable energy by 2060. This emphasis will especially occur in developing regions like Southeast Asia and sub-Saharan Africa, where the most biodiverse regions in the world are the most threatened." 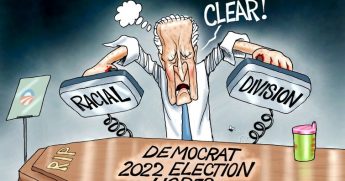