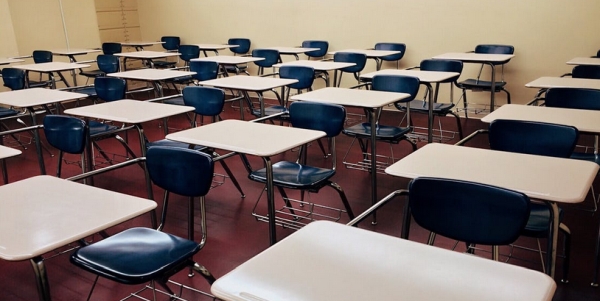 An extremist LGBT organization in the United Kingdom is demanding the restoration of a "Trans Inclusion Toolkit for Schools" due to the opposition of "small minded bigots."

Parents persuaded the Warwickshire County Council to withdraw the "misleading" guidelines for handling the subject of alternative sexual lifestyles.

The council was facing a legal challenge from the Christian Institute.

The guidelines, distributed to some 300 schools in 2018, advise schools to allow boys who "identify" as girls to use girls restrooms, changing rooms, showers and dorms.

The Christian Institute said the program was "explicit and error-strewn," and the Warwickshire County Council was one of several that stopped using it.

Now the Warwickshire Pride board of directors has posted on Twitter a statement lashing out at parents, the district and others.

The organization blamed the loss of the program on "some parents and Christian groups."

"We believe that they have given into (sic) pressure, to the detriment of young trans people. We believe that the 'concerns' that have been raised on rooted in transphobia and it is completely unacceptable that WCC has caved in the way that is has," the statement says.

The gay-rights group claims transphobia is on the rise, and "self-harm and suicide rates" are high among "trans people."

"They face issues at school, including not being accepted, being bullied and discriminated against, and schools not knowing how to support them," the organization says.

"While WCC has supported Warwickshire Pride in the past and is making the right sounds about a rainbow crossing being painted in Learnington Spa to support the LGTB+ community, decisions such as the one to withdraw their "Trans Tookit' and bow to pressure from small minded bigots shows that their support only goes so far.

"We demand that they reinstate their 'Trans Toolkit" and apologize for their poor judgement (sic) and the hurt they are causing…" the group's statement says.

One mother in the district, Tessa McInnes, however, had another perspective.

"The equal rights of girls are simply discounted and disregarded in this guidance. If they express any discomfort about a male coming into their spaces, the girl is presented as transphobic and told to go and change somewhere else. It’s outrageous and defies the Equality Act 2010," she said.

A council spokesman said the issue is both evolving and complex.

The teen, identified as "Miss A," said: "Under these guidelines I have no right to privacy from the opposite sex in changing rooms, loos or on residential trips. The guidance makes me feel that my desire for privacy, dignity, safety, and respect is wrong."