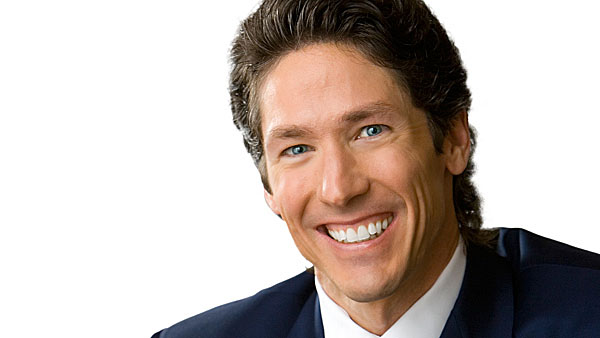 Popular televangelist and author Joel Osteen, who pastors a Houston megachurch, says the death of George Floyd at the hands of Minneapolis police officers marked a "turning point" for him.

And for the nation, which he says must do better.

"I know we can do better. I think this incident with George — and it's not just him, it is what it represents — I feel like it is a turning point. It has ignited something in me about, as I said, what can we do better."

His comments came in an interview with African-American pastor John Gray in which he insisted issues of injustice and inequality are not political.

"Wrong is wrong and we want to lend our voice — you know this — but to stand with our black brothers and sisters and stand against injustice and the things that have been wrong," he said.

Floyd, a native of Houston, later moved to Minnesota following several terms in Texas jails. On Memorial Day, a convenience store clerk reported to police that Floyd gave him a counterfeit $20 bill. Four officers arrived and arrested the 46-year-old black man, and lead officer Derek Chauvin held him down with a knee to the neck.

Floyd later was pronounced dead, and Chauvin was fired, arrested and charged with second-degree murder.

Osteen said the death was tragic, but there is hope, because "God takes what is meant for harm and He knows how to bring some good out of it."

"But I do believe that we have to be open and acknowledge the pain, seek to understand, grieve with you and realize that you have it more difficult than us," he said in the interview. "Then again, God knew you were going to be you and He knew I was going to be me. So let’s take what we have and let’s move forward with it."

The Post noted Osteen recalled an incident a few years ago at a bookstore at Houston Community College in which he and his wife, Victoria, saw the hardships that many black and impoverished people face.

The Post reported: "He said his wife went down to the college bookstore to buy books for their kids who were taking classes at the school while they were still in high school. 'The place was packed with young African American kids with people in this itty bitty room. Victoria walks in, this white beautiful girl, and she gets in the back of the line. They asked what she was there for. She said she was there to get some books for her children,' Osteen explained. 'They said, ‘Do you have cash, have money?’ She said, ‘Yeah, I have money. I am going to buy them.’ They said, ‘you can go to the front of the line. We are all waiting for financial aid.'"

Fox News reported Osteen was planning to work with Kanye West on evangelistic events before the coronavirus pandemic.