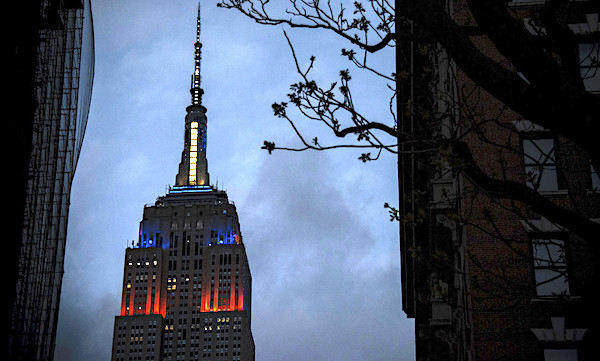 Amid panic over rising coronavirus cases, deaths from COVID-19 in the United States recently reached a three-month low.

And further, few seem to have noticed that 42% of all COVID deaths in the U.S. come from just only three states, New Jersey, New York and Massachusetts, noted Jon Miltimore in a column for the Foundation for Economic Education.

The three account for nearly 56,000 of the nearly 133,000 deaths in the country, even though they represent just 10% of the population. And excluding the three states would put the U.S. on the low end of the per capita fatality rate among European nations.

It's not certain why the three Northeastern states suffered more fatalities, but evidence suggests it could be policy related, Miltimore said.

After claiming ignorance, New York Gov. Andrew Cuomo was forced to reverse the state's policy of prohibiting nursing homes from screening residents for COVID-19. The New York State Department of Health issued a report this week that the order resulted in 6,326 COVID-positive residents being admitted to nursing homes between March 25 and May 8.

New York Health Commissioner Dr. Howard Zucker said the data "shows that the nursing home residents got COVID from the staff, and presumably, also from those who visited them."

"Unfortunately, we did not understand the disease early on, we did not realize how widespread it was within our community, and therefore, it was able to be introduced into a vulnerable population," he said.

Miltimore pointed out the actual number of nursing home deaths in New York is difficult to know because it changed its reporting. The state decided that nursing home residents who die of COVID-19 are not counted as a nursing home death if they die at a hospital.

Miltimore pointed out that none of the states that have seen a recent spike in cases -- such as Florida, Texas and Arizona -- have per capita fatality rate even close to New Jersey, Massachusetts or New York.

"Considering these numbers, one would not expect to see a governor from New Jersey, New York, or Massachusetts lecture these other states on their handling of the coronavirus," Militmore wrote. "But that’s exactly what Gov. Cuomo did, claiming his state-ordered lockdown 'saved lives' and chastening governors who opened their economies."

Miltimore cited famed Austrian-British economist F.A. Hayek's 1974 Nobel Prize speech warning against the temptation to use collective action with incomplete knowledge, "which is likely to make us do much harm."

"The recognition of the insuperable limits to his knowledge ought indeed to teach the student of society a lesson of humility which should guard him against becoming an accomplice in men’s fatal striving to control society," he concluded.