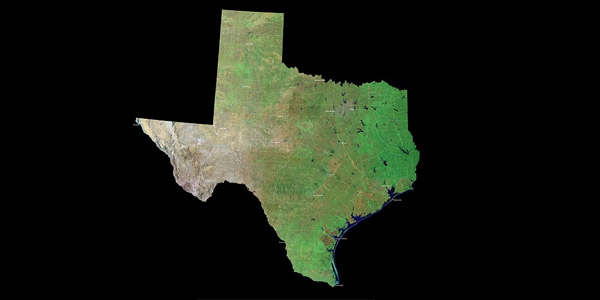 Texas has seen a significant surge in coronavirus cases in the past two weeks, joining other Sun Belt states.

Here are four things to know about the increase in positive tests for COVID-19 in the Lone Star State.

1. What’s the Caseload in Texas?

Texas has almost 168,000 confirmed cases of COVID-19 as of Wednesday, according to the Real Clear Politics coronavirus tracker.

In raw numbers, Texas ranks fourth in the nation behind New York, California, and New Jersey for the most confirmed cases. However, in cases per million of population, it ranks 31st.

According to reports Tuesday, the state had 6,900 new cases, and more than 6,500 were in the hospital.

“In Texas, it has largely spread because we didn’t have a high case rate in the initial round,” Chuck DeVore of the Texas Public Policy Foundation, an Austin-based think tank, told The Daily Signal. “It’s a sharp increase, but a lot of that is from people who were not infected to begin with.”

The month of June was not a good time for any state, DeVore said.

“There was an uptick in cases after Memorial Day and with the protests and looting,” he said, referring to nationwide demonstrations following the May 25 death of George Floyd, a black man, in police custody in Minnesota.

The positive rate for those being tested for COVID-19 also is surging.

In Texas, the positive rate is 15% of those tested, according to the Kaiser Family Foundation. A month ago, it was 4.2%.

The latest seven-day average of new COVID-19 cases in Texas increased by more than 41% from the week before, CNBC reported Tuesday.

“Things do not look good for Texas. It has had double the cases in the last 14 days,” Jennifer Tolbert, director of state health reform at Kaiser Family Foundation, told The Daily Signal.

The hot spots for the state are the cities of Dallas, Houston, and San Antonio.

Dr. Anthony Fauci, director of the National Institute of Allergies and Infectious Diseases, told the Senate this week that 50% of all new  COVID-19 cases are in Texas, Arizona, California, and Florida.

One reason for the increase is that residents of Texas and other high-temperature states spend time indoors with recirculated air conditioning in the summer, said Dr. Kevin Pham, a medical doctor and contributor to The Daily Signal.

Although the caseload in Texas is moving in the wrong direction, the death toll has been declining for months and peaked at 2.7% of all cases in late May, according to Texas Health and Human Services.

“Our death rate continues to plunge,” DeVore told The Daily Signal. “There has been a steep decline. We have seen the death rate decline every day.”

The number of coronavirus-related deaths in Texas is just under 2,500 as of Wednesday, according to Real Clear Politics’ tracker.

In raw numbers, that’s the 15th-highest death toll in the nation. But Texas is the second-largest state and, ranking states by population, its 86.1 deaths per million represent the 11th-lowest death rate.

Devore predicts that Texas will reach its peak in deaths in the next week or two before declining.

Texas had 31 COVID-19 deaths over the past seven days.

That’s fewer than the other states in the Sun Belt surge, which saw 65 deaths in California in the past seven days, 38 in Florida, and 36 in Arizona.

Texas is well behind the seven-day coronavirus death toll of 114 for New York state.

Arizona and Florida lead the country in “new deaths,” according to the Real Clear Politics tracker. Virginia, Alabama, and Maryland round out the top five.

The death rate in Texas could change for the worse, but not dramatically, Pham said.

“I don’t think we will see a spike in deaths. We probably won’t see a decrease, and there may be a slight increase,” Pham told The Daily Signal. “Most of the new cases are young people. The death rate among young people is low, but it’s not zero. So, with more cases, there will likely be more deaths.”

Last week, members of the White House’s coronavirus task force noted that about half of the nation’s new COVID-19 cases were under 35.

3. What’s Being Done About It?

Abbott also closed bars, which prompted a lawsuit from the Texas Bar and Nightclub Association.

“In light of Greg Abbott’s irresponsible and shameful actions this morning that shutter the businesses that provide a livelihood for your families and employees, we support our members in the Constitutional right to protest by keeping your businesses open,” the nightclub association said in a prepared statement.

Abbott closed the bars Friday. He also ordered restaurants to return to 50% occupancy after having lifted the ban to let restaurants operate fully.

Pham said Abbott’s actions in closing the bars are reasonable since bars are a “natural place” for a virus to spread. But he said he doesn’t think states can go all the way back to the lockdowns previously in place.

Texas still doesn’t require masks statewide for those who go out in public, Tolbert noted, saying that would go a long way in slowing the spread of the virus.

Isolation and staying home would curb the spread in Texas and other states seeing a surge, but residents might not respond so well to that solution at this point, Tolbert said.

“While these states do have more information and strategies, it remains to be seen if those strategies are adopted,” Tolbert said, adding:

The states with the biggest outbreak now were not the hardest hit during the first wave—if you want to call it the first wave. But they were still locked down. Some opened more quickly than others. The states moving in the right direction were hit the hardest.

4. Could Texas Health Care Be Overwhelmed?

Hospital chiefs say medical facilities in Texas are ready, even with the rising infection rates.

“Our hospitals have the ICU capacity, staff, and supplies to meet the health care needs of our community,” Texas Medical Center CEOs said in a joint statement June 25. “In addition, Texas hospitals continue to reserve 15 percent of capacity for COVID-19 patients and medical care continues to be routinely provided in inpatient and outpatient settings without taxing the overall hospitalization capacity.”

The Texas Medical Center CEOs added: “While this pandemic is unprecedented, our hospital systems have learned a lot, very quickly, and our coordinated efforts have allowed us to nimbly respond to this fluid situation.”

“Hospitals are not running out of ICU beds. ICU beds are costly to maintain, so hospitals typically keep them at 95% capacity,” DeVore said. “Only 37% of beds are going to COVID patients. Since March, hospitals have expanded the ICU capacity by 89%.”