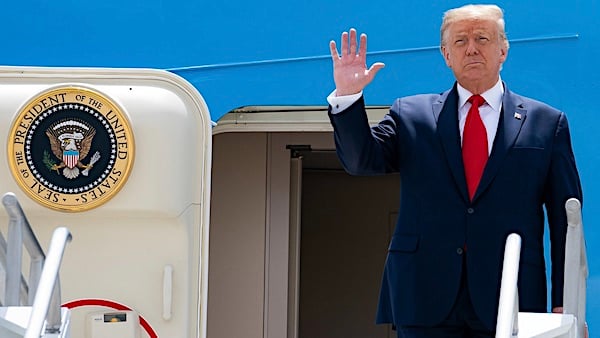 For Harvard-trained research psychologist and Democratic voter Robert Epstein, the question isn't whether or not Google and other Silicon Valley giants are manipulating their searches and feeds to make sure Donald Trump doesn't win reelection.

A supporter of Hillary Clinton in 2016 and Joe Biden in 2020, he told WND in an interview Wednesday he has statistical evidence to back up the tech titans' bias, derived from more than seven years of research, internal documents, emails, videos and the testimony of whistleblowers.

He has testified to Congress that Google manipulation of search results could have cost Trump 2.6 million votes in 2016. In 2020, he believes, as many as 15 million votes could be manipulated.

And as Silicon Valley CEOs testified to Congress Wednesday about their outsized influence, there was "anecdotal" evidence, such as the claim of Breitbart News that Google has manipulated its algorithm to curb traffic to the site and those of other conservative outlets. On May 1, for example, a Google search for "Joe Biden" resulted in 30,000 impressions for Breitbart News links. After May 5, it dropped to zero.

What is needed now, Epstein believes, is to follow up his research in 2016 and 2018 with a large-scale system of field agents in every swing state to monitor Google, YouTube, Twitter, Facebook and others in real time.

He had the funding lined up to launch the ambitious project in February, but the money "dried up" he said, when the coronavirus hit and "sucked all of the oxygen out of Washington."

Now, with interest returning to the election, he has the people and systems in place and just needs the money. Many small donations have come in, he said, but he needs much more to pull it off – about $10 million.

He emphasized to WND he is not a Trump supporter but a "supporter of democracy." He wants Joe Biden to win, but he wants the election to be fair, recognizing that in the future the tech giants could put their massive power behind a candidate he doesn't want.

"It's not in our interest to turn the election over to Google and the gang," he said. "To give them carte blanche is insane."

The goal of his monitoring project is to force the tech companies "to back off in the swing states."

"And when we do get them to back off, we will be able to detect that," he said.

But much more funding is needed "to do this in a credible way that would be taken seriously by the courts and also by mainstream media."

"We have people on standby, we have a very ambitious program of what we want to monitor," explained Epstein, a senior research psychologist at the American Institute for Behavioral Research and Technology in Vista, California.

The plan is to do a "real time analysis so we can make announcements almost every day if we find bias in news feeds, tweet suppression and the sequence of YouTube videos."

All of that would be reported to Congress, journalists and the Federal Trade Commission.

He said he's getting calls from Congress members, senators, attorneys general and others, but there's no money.

"There is so much as stake here that I'm dumbfounded," he said. "This is the watershed year, where we either turn over democracy to the tech companies – and maybe never get it back again – or we fight them." 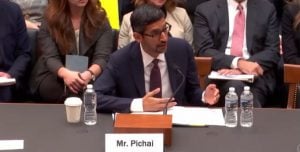 Epstein, who voted for Clinton in 2016, fired back on Twitter, stating "to my knowledge no credible authority has ever 'debunked' either my 2016 and 2018 election monitoring projects or my controlled studies on internet influence."