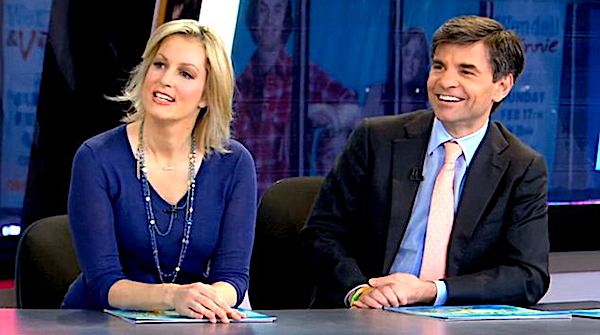 "Wakes up on Tuesday … Gets coffee… Spits out coffee all over the computer…" the commentary said of this:

"They are performing and it’s dangerous to have boys see this as something women want," she said.

Fox reported Wentworth "has been known to embarrass her daughters when it comes to the topic of sex" by boasting of her frequent sex with her husband.

Says the wife of @GStephanopoulos A prominent political commentator

Her solution? Watch the pornography w/ your kids https://t.co/2FHcl5IFn5