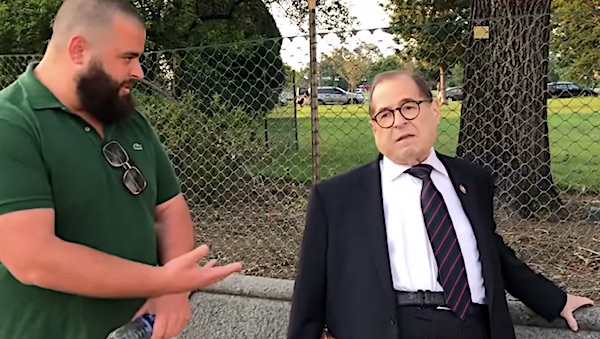 Nadler made the comment during an interview with Austen Fletcher. Fletcher hosts Fleccas Talks, a political channel, according to the Dartmouth Review.

“It is true, there’s violence across the whole country, do you disavow the violence from antifa that’s happening in Portland now?” Fletcher asked Nadler in the video.

Protests and riots have engulfed Portland for two months. Protesters have clashed with police, with rioters tearing down fencing protecting the federal courthouse and shining lasers at police, and police firing tear gas and pepper spray.

Protesters have been advocating for racial justice and police reform after George Floyd died in police custody on May 25.

“I was disappointed in Mr. Nadler,” Fletcher told the Daily Caller News Foundation. “Downplaying it is one thing but pretending it doesn’t exist, especially when the clips are going viral on social media shows me where his priorities really are. Anything to maintain the narrative.”

Nadler did not immediately respond to the Daily Caller News Foundation’s request for comment.