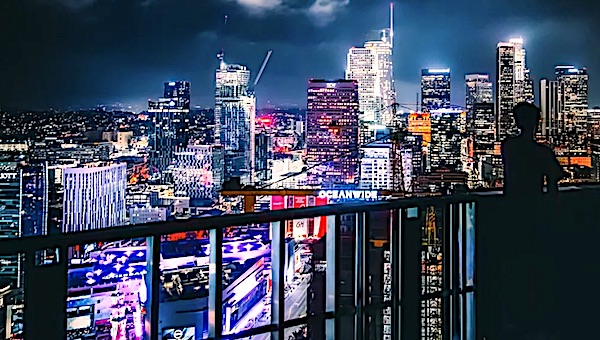 Attorney General William Barr is calling out Hollywood and America's giant tech companies for caving in to the Chinese Communist Party.

At the Gerald R. Ford Presidential Museum in Grand Rapids, Michigan, on Thursday, he warned of the dangers of American industry participation in the communists' agenda.

China, he emphasized, is engaged in "an economic blitzkrieg" aimed at overtaking the United States.

"The CCP has launched an orchestrated campaign, across all of its many tentacles in Chinese government and society, to exploit the openness of our institutions in order to destroy them,” Barr said, according to Fox News.

He said the People's Republic of China is using currency manipulation, theft of intellectual property, cyberattacks and espionage, the general "wide array of predatory and often unlawful practices."

The CCP's ambitions could be "the most important issue for our nation and the world in the 21st century."

The entertainment industry "regularly censors its own movies to appease the Chinese Communist Party," he said.

Anything that might offend the Chinese government is simply removed.

"Chinese government censors don’t need to say a word, because Hollywood is doing their work for them. This is a massive propaganda coup for the Chinese Communist Party," he said.

He also pointed out Apple removed from its online store the news app Quartz because China opposed its coverage of protests in Hong Kong.

Also cited were Google, Microsoft and Yahoo for being "too willing to collaborate with the CCP."

Barr argued that while "short-term rewards" might be gained through cooperation, China's ultimate objective is to replace those companies entirely.

He also warned of China's "Made in China 2025" plan as well as its control of a variety of rare earth materials used in technology.