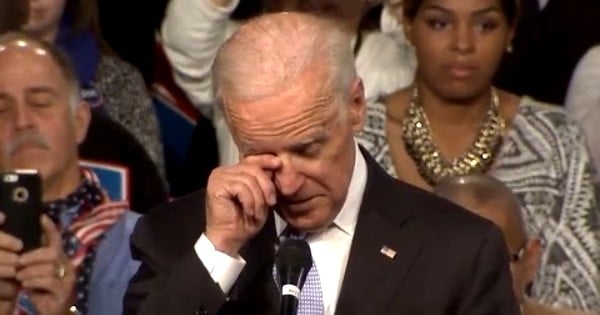 The head of strategic communications for presumptive Democratic nominee Joe Biden's campaign has a long history of "sexist messages on social media."

Fox News reported the messages by Kmau M. Marshall were deleted almost as soon as the network's story appeared, but Fox kept images of them.

They began Christmas Eve 2011 when he "expressed his affection for 'power women' – as long as she 'know[s] her place' and he can 'where (sic) the pants.'"

On Friday, Fox News reported a supervising videographer on the campaign, Sara Pearl, called for defunding the police and tweeted a meme mocking officers as worse than "pigs."

Fox said Marshall almost immediately deleted many of his posts, and he didn't not respond to a request for comment.

The messages appear to be a "long-running pattern," the report said.

He also referred several times to "no homo" and said he talks only to "CLASSY women."

He warned "sour, angry women" to keep their distance from him and his future "Girl Friend/Wife."

The report said Marshall was hired by the campaign in April 2019, according to his LinkedIn profile, and previously worked in Democratic congressional politics.

Marshall reflected on his career in an interview last year with PR Week.

"In all honesty, I don’t have a regrettable career moment. It hasn't been perfect, but it hasn’t been bad either," he said. "If anything, I would say I had some great teachable moments where I've learned and gotten better. Also, I'm still getting better with time."