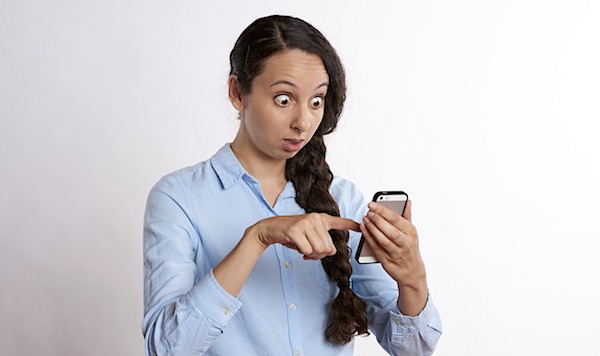 A Black Lives Matter public demonstration in which the only blacks in the vicinity are two conservatives who came to take a selfie?

It happened in Raleigh, North Carolina.

C. Douglas Golden discusses the whites-only racial protest in a column for the Western Journal, suggesting a new hashtag: #BlackLivesMatterSoWhite.

"Like it? I think it’s catchy and accurate. For all the talk about how black people are taking to the streets to demand equal treatment, one thing that’s curious about the recent spate of protests is that they don’t seem, well, very black," he wrote. "When white people began showing up en masse to these events, people attributed it to bad actors. The right said it was antifa, while the left said it was 'white power' groups.

But the episode really amounted to "virtue-signaling white people," he said.

It was Benji Irby, a conservative who is black, who came across the protest as he and a friend, Shemeka Michelle, visited the North Carolina capitol building.

He said he "was coming here to be a nerd and add this to my collection of state capitol selfies when we ran into a #BlackLivesMatter … protest… with NO BLACK PEOPLE!"

Me and @ShemekaMichelle at the North Carolina State Capitol.

I was coming here to be a nerd and add this to my collection of State Capitol selfies when we ran into a #BlackLivesMatter protest...

with NO BLACK PEOPLE! 🤦🏾‍♂‍

Should we go over there & ruin their day right now? 🤣😂 pic.twitter.com/tuPwkNKuYL

Golden explained Irby is the host of "UnPopular Opinion" on YouTube. He talked about the encounter on "The Jason Rantz Show" on KTTH-AM.

"And I’m like, I don’t even do live videos, but I have to share this video, this is absolutely crazy. And there was a whole Black Lives Matter protest there — not a single black person at all."

Irby noted he was laughing at the irony "that we, the two Trump-supporting black Republicans who are known for this, are the two black people of all the 40 million black people in America, that we are the two that would run into this thing."

ICYMI: @realBenjiirby, host of Unpopular Opinion, was at the state capitol in North Carolina and saw a Black Lives Matter protest -- without any black people at all. He tells @JasonRantz about the irony in a tweet that’s gone viral.

Golden commented on the "preposterous" scene.

"Oh, look, a bunch of white people who are Very Angry at what’s happening to black people — and black people who are utterly perplexed at their attitude. In fact, they’re openly derisive of the protesters, laughing at the preposterousness of the situation."