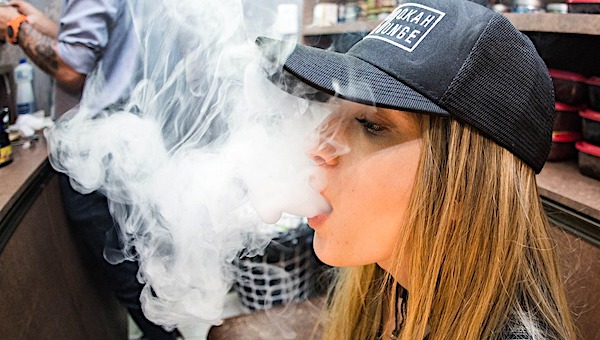 In early June, Massachusetts’s ban on flavored e-cigarette products went into effect. Massachusetts is the first state to prohibit the retail sale of flavored vaping products and flavored tobacco products like menthol cigarettes. While flavored e-cig use is still allowed in a handful of state licensed “smoking bars,” products in those establishments are hit with a whopping 75 percent excise tax.

An officially licensed “smoking bar” is of no value to those who use flavored e-cigarettes to avoid toxic, combustible tobacco. One of the most important features of an electronic cigarette is that it is an effective substitute for the habit of smoking in everyday life: after a meal, when driving to work, or while watching a movie at home. What use is a “smoking bar” for these folks? Most e-cigarette users vape throughout the day.

Testimony in June at the Massachusetts Department of Revenue’s Illegal Tobacco Task Force reveals how flavored e-cig users are responding to the ban. The task force concluded the ban will lead to “an increase in smuggling activity and black-market sales.”

“I’m concerned that placing an added burden and tasking law enforcement with the enforcement of flavor bans will only stand to create a significant new black market, this includes both cross-state border smuggling and counterfeit tobacco,” said Charles Giblin, a retired special agent in charge of the New Jersey treasury’s office of criminal investigation.

“At the onset, you’ll start to see an increase between Massachusetts and New Hampshire in smuggling and illegal importation via the internet of counterfeit flavored cigarettes from countries including China and Paraguay. They will skyrocket almost incredibly instantaneously,” he said. “Another underestimated source will be Canadian First Nations reservation cigarette manufacturers, who are rather robust.”

The black market is already growing. Rich Marianos who served 27 years at the U.S. Bureau of Alcohol, Tobacco, Firearms and Explosives told the task force that “the illegal tobacco trade along Interstate 95 on the East Coast is a $10 billion industry that is already working to fill the void created by Massachusetts’ new law.”

Alas, the task force was not interested in repealing the law but only looking for a “path forward” to enforce it.

“The latest national and state findings suggest products containing THC, particularly those obtained off the street or from other informal sources (e.g. friends, family members, illicit dealers), are linked to most of the cases and play a major role in the outbreak,” the CDC said in a statement.

It was precisely the sensational coverage of the EVALI epidemic that led many states like Massachusetts to ban flavored vape products even though there was no evidence the lung disease was connected to nicotine-based vape products. In fact, it was precisely a ban and prohibitive pricing on THC products that led to users seeking out alternative outlets to obtain their products. Clearly, banning flavored e-cigarette products will drive many consumers to find their flavors in the black market, again exposing e-cig users to unregulated and contaminated products. Others may simply return to smoking.  How can elected officials and “grassroots” advocacy groups claim their flavor bans are in the interest of public health?

Elizabeth Sheld is the senior news editor at American Greatness and author of the “Morning Greatness” news update. She is a veteran political strategist and pollster who has worked on campaigns and public interest affairs. Liz has written at Breitbart and The Federalist, as well as at PJ Media, where she wrote "The Morning Briefing." In her spare time, she shoots sporting clays and watches documentaries. Elizabeth quit smoking with Cuttwood Vapor’s Unicorn Milk.