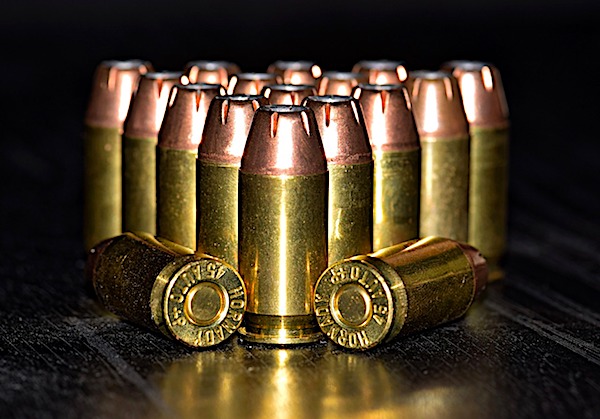 A legally armed Indiana man is credited with saving lives when he shot and killed a 22-year-old gunman who had fatally shot a cemetery worker and was about to kill another.

The man who halted the shooting, who asked not to be indentified, was stopped at a traffic light in Brownsburg, Indiana, when a bullet from the attacker, Christopher Hayes, went through his window, injuring him. As Hayes put a gun to the head of the second cemetery worker, the armed citizen shot and killed Hayes, WISH-TV in Indianapolis reported.

"This tragic event could have been much more disastrous. So, victim three not only saved victim two's life, but he saved potentially the lives of many others," said Police Capt. Jennifer Barrett.

"Victim three did exactly what anybody would have wanted him to do at that scene that day."

WISH reported police met with Hayes' family and discovered the 22-year-old black man had a history of mental health problems.

Homicides are rare in Brownsburg, WISH noted, and the apparently unprovoked violence received considerable attention on social media. Police said there were numerous posts jumping to the conclusion that the shooting was racially motivated.

The police spokeswoman, Barrett, said the investigation is leading police to believe "a mental health component" was behind the incident.

She said the Hayes family "has expressed is that they want there to be a mental health awareness component to this."

"They're, of course, devastated. But they're also devastated for the other victim."

WIBC in Indianapolis reported the man who killed Hayes is not facing any charges, according to his lawyer, Guy Relford.

Relford said Hayes went on a psychotic rampage, but it is still unclear what motivated the attack.

"One of those bullets actually went through my client's vehicle window. He was actually injured with shrapnel, my client was," he said.

After Hayes killed Robertson, the attacker chased the cemetery worker and put a pistol to his head, said Relford.

"My client looked at that and realized there was one thing he could do and that was take action to save an innocent life," said Relford. "The scenario was fairly clear to him in that one person was chasing another and the other was saying, no no no, please don’t shoot me!"

He said his client took aim and shot Hayes once.

"The gunman stood up and was looking around and still had the gun in his hand, appeared to clearly intend to continue the attack at which point my client fired another two or three shots and the gunman went down," the lawyer said.

Relford said his client was justified and does not face any charges.

The lawyer said police quickly "determined my client acted completely lawfully and he was justified under Indiana law."

Relford said he helped write and get passed a 2019 Indiana law that protects people who are justified in shooting someone from frivolous lawsuits.